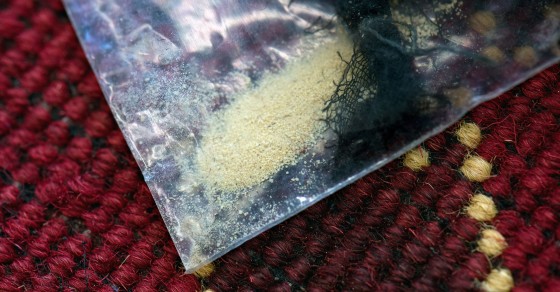 Massive Spike In Deaths By Heroin Overdose
By James King

Heroin-related deaths have tripled in a 4 year period

Heroin overdose deaths in the U.S. increased by 172 percent in a three-year period, and law enforcement officials fear that the trend is going to continue as the drug becomes increasingly more popular, particularly amongst those living in suburban areas.

In 2013 there were 8,620 heroin-related overdose deaths in the U.S., nearly triple the roughly 3,000 who died in 2010, according to the Drug Enforcement Administration’s 2015 National Heroin Threat Summary, which was declassified on Friday. Previously, the annual number of fatal heroin overdoses in the U.S. held steady at approximately 2,000 per year from 1999 to 2006, but has increased considerably every year since.

The DEA cites Mexican drug cartels’ expansion into the Northeast as one reason for the big bump. Until recently, heroin distribution rings were divided along the Mississippi River, with Mexican cartels laying claim to the western part of the country and Asian or South American drug organizations supplying users in the east. That has changed as Mexican cartels continue to expand their networks across the country.

“DEA is targeting the cartels that produce and smuggle heroin into the U.S. and organized criminals that distribute this poison.” recently appointed DEA Administrator Chuck Rosenberg said in a statement.

Another factor in the spike in deaths is a resurgence of the pharmaceutical drug fentanyl, a synthetic opiate that’s up to 100 times more powerful than heroin and is often mixed by dealers with low-grade heroin to make it more powerful. There were about 700 reported deaths where fentanyl was the cause but officials believe that number is much higher because only a handful of medical examiners and coroners’ offices test for the drug, according to the DEA.