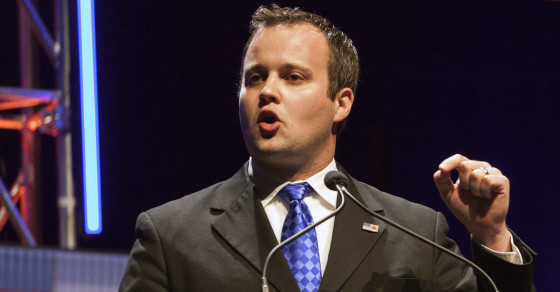 When Josh Duggar told his parents he had molested five young girls (including his sisters) when he was 15 years old, the now stars of TLC’s “19 Kids and Counting,” say they sent their eldest son to a five-month Christian therapy program in Little Rock, Arkansas, and he emerged rehabilitated.

But, when it comes to child molestation, “rehabilitated” is a misleading term at best.

Numerous studies have shown that psychotherapy seldom cures sex offenders and that, even after intense prison rehabilitation programs, rapists are no less likely to strike again. “No evidence from academic or policy research has shown that the treatment programme significantly reduces sexual reoffending,” wrote David K. Ho in the journal BMJ. “Victims and the public deserve to know this.”

If there’s anything less effective than prison rehabilitation, it’s almost certainly random-Christian-labor-camp rehabilitation. According to the police report, “James [patriarch of the Duggar family] said he could not remember the name of the program, but it was conducted by a Christian ministry…James said the program consisted of hard physical work and counseling.”

Apart from the wonderful, classic young adult novel “Holes“, the scientific literature has nothing to suggest manual labor (or Christian ministries) can rehabilitate any criminals, let alone sex offenders.

Then again, it’s noteworthy that when he was 15-year-old, Josh Duggar was not so much a hardened criminal as he was a child who molested other children. Studies of child-on-child sexual assault (which is way more common that one would hope) have shown that sibling sexual abuse is especially common in large families, when older children are responsible for raising their younger siblings.

For a powerful indictment of “19 Kids and Counting” look no further than this summary of the science:

“Abuse can arise in an environment that fails to protect the child, though poor supervision/monitoring…Fails to set appropriate boundaries through inappropriate sleeping arrangements…Is based on a multi-familial home where older children have care-taking responsibility for younger children…has a rigid family structure.”