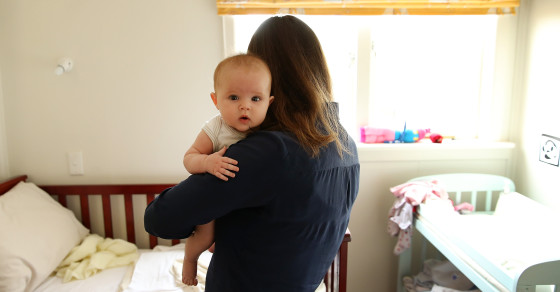 A new study suggests that lesbian, gay, bisexual and questioning high school students who sleep with both males and females experience higher rates of pregnancy than their heterosexual counterparts

A new study out of George Mason University reports that lesbian, gay, bisexual and questioning high school students who sleep with both males and females experience higher rates of pregnancy than their heterosexual counterparts.

Dr. Lisa Lindley, a professor of global and community health, headed up the study, which was published this month in the American Journal of Public Health. Researchers drew from a sample of 9,703 New York high school students, excluding those who’d never had sex, or only had experiences within their own gender.

The results were surprising. Pregnancies were reported by 13.3 percent of heterosexual females, and by 13.7 percent of females who had only ever slept with men; this figure climbs to 23 percent if the respondent identified as lesbian or bisexual, and to 20 percent for females who slept with women and men.

“We looked at identity and we looked at who they were having sex with,” explains Lindley. “Of course, those aren’t necessarily the same. Someone may engage in behaviors with same-sex individuals but not identify as gay, lesbian or bisexual. The main thing that people need to realize is that these are young people who are engaging in vaginal intercourse, regardless of their identity.”

Lindley has theories as to why this population is reporting higher rates of pregnancy. She cites the possibility that students who don’t identify as straight may not be prepared or experienced with contraception. Or they may face stigma and deliberately become pregnant, or impregnate someone, for cover.

One thing Lindley is sure of is that sexual education needs to be tailored and directed at this group if we want to reduce the incidence of teen pregnancies.

“If young people don’t think they’re being included—‘They’re only talking about what I perceive as straight people’ or ‘This is only something that affects straight people’—they kind of tune out,” she says. “Making a point of being inclusive and understanding the difference between identity and attraction [is important].”