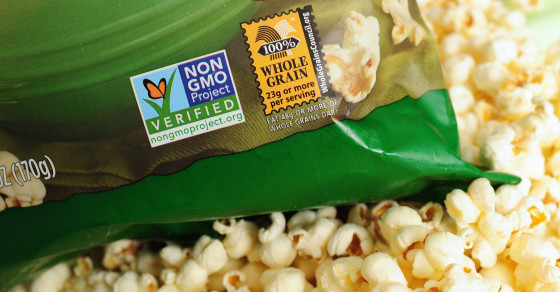 USDA’s New GMO Labels Fly In The Face Of Science
By Joshua A. Krisch

USDA’s New GMO Labels Fly In The Face Of Science

While anti-GMO groups have been pushing for labeling foods free of genetically modified ingredients, the scientific community has no concerns about GMO safety

The U.S. Department of Agriculture has released the first federal guidelines for labeling genetically modified foods, or GMOs. Many consumers feel these optional labels are long overdue—according to at least one poll, 93 percent of Americans believe GMO labels on food should be mandatory. But for scientists (and the science-minded public), the USDA announcement is a sign of the federal government being held captive by alarmism and pseudoscience.

That’s because there’s a really strong scientific consensus that GMOs are safe. Here’s the official statement of the American Association for the Advancement of Science, the world’s largest science society, on GMO labels:

There are several current efforts to require labeling of foods containing products derived from genetically modified crop plants… These efforts are not driven by evidence… Legally mandating such a label can only serve to mislead and falsely alarm consumers.

Right now, roughly 80 percent of the processed food in the United States is grown with genetically modified ingredients. And GMOs may be part of a long-term solution to world hunger. Scientists say some GMOs boost production to such an extent that, even as global food supplies dwindle due to climate change, genetically modified crops could feed the world.

But the USDA’s “GMO-free” labels are bound to perpetuate the myth that genetically modified foods are dangerous, and delegitimize the larger GMO industry. And it is a myth.

The most oft-cited argument against genetic modification is that we have not conducted enough studies to prove that GMOs are safe. Which seems reasonable—until you stumble across more than 2,000 independent, global studies that have already confirmed GMOs are no riskier than conventional crops. Or an Italian literature review of 1,783 GMO safety tests that concluded genetically modified foods are safe for humans and animals. Or one incredibly detailed prospective study that tracked 100 billion animals over three decades and found no evidence whatsoever that GMOs have any adverse effects as compared with conventional crops.

Federal GMO labeling isn’t just bad science policy—it lends credence to the pseudoscience behind the anti-GMO movement, sets a precedent of alarmism ruling over logic (at the federal level, no less!) and risks setting back an industry that could otherwise feed millions of hungry people around the world. It’s a shame that most Americans, and now the USDA, appear to trust public sentiment over thousands of scientific studies. It’s even worse that our ignorance and fear of new biotechnology could set back decades of solid scientific research that have the potential to make a real difference to humanity.