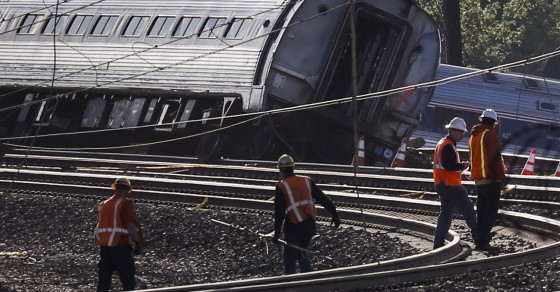 Amtrak Crash: Broken Rails Are Leading Cause of Train Derailments
By Abigail Tracy

Amtrak Crash: Broken Rails Are Leading Cause of Train Derailments

As investigators probed the cause of Philadelphia's Amtrak crash, data shows broken rails and welds are the most common cause of train derailments

A massive derailment of an Amtrak train in Philadelphia claimed the lives of at least seven people and injured more than 200 people on Tuesday night, just one of a handful of fatal train accidents this year. Derailments are by and large the leading cause of train crashes in the United States. Between 2001 and 2010, of the 58,299 train accidents that occurred, 54,889 were train derailments. That’s a staggering 94 percent.

Officials have not yet determined the cause of last night’s Amtrak crash, but historically, broken rails and welds are the most common cause of train derailments. They account for more than 15 percent of derailments, according to data from the Federal Railroad Administration.

Broken rails and welds were more than twice as likely to have been the cause of train derailments than the second and third leading causes—track geometry and bearing failure. Track geometry, which includes such things as train alignment, gauge and elevation, was responsible for 7.3 percent of derailments and bearing failure was responsible for 5.9 percent.

Carrying 238 passengers and five crew members, the Northeast Regional Train 188 was bound for New York City when it crashed at 9:30pm in the Port Richmond region of the Pennsylvania city. Six of the train’s seven cars overturned in the accident, and while the majority of passengers were able to walk away from the accident, 65 people were taken to nearby hospitals.

It is important to note, however, that both of these railroads run trains much more frequently, so while the number of accidents is higher than others, that is not necessarily reflective of the general safety of the railroads. 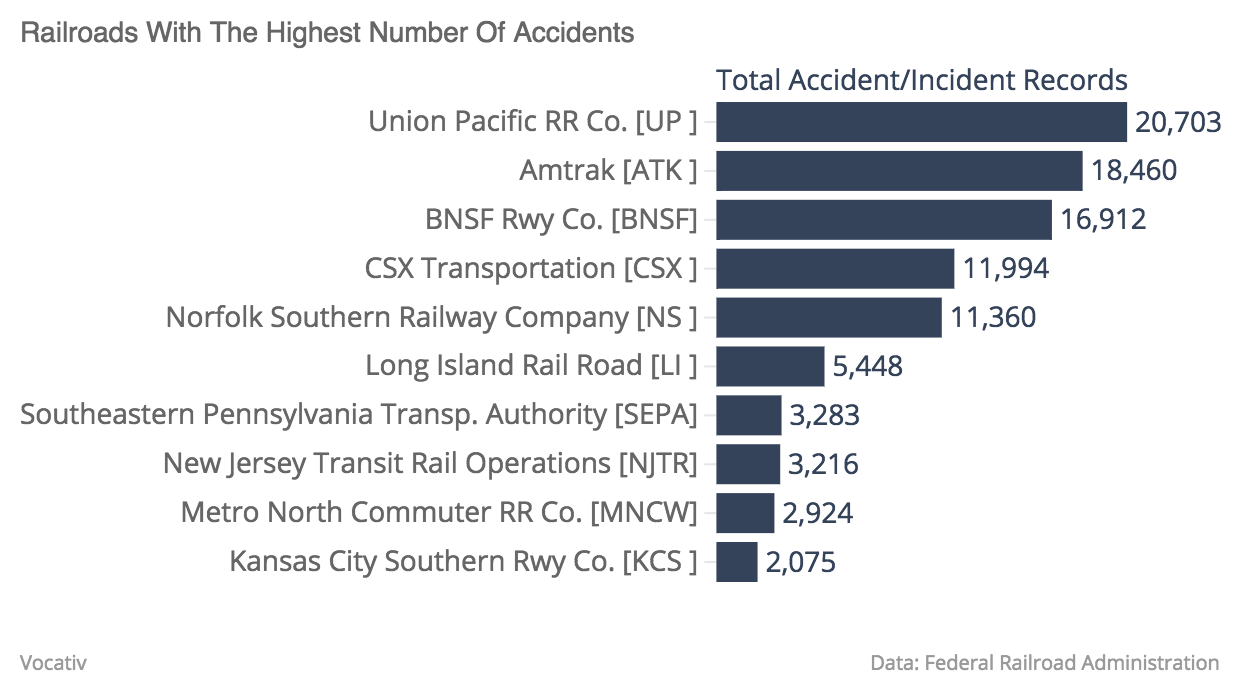