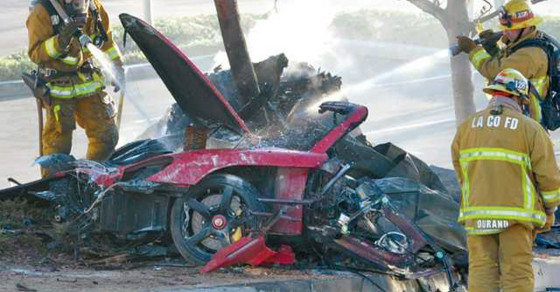 The Most Common Times For Car Accidents
By Sarah Kaufman

The Most Common Times For Car Accidents

Some of the times aren't what you'd expect

Drivers are most likely to get into fatal car accidents late at night on the weekends, according to data from the National Highway Traffic Safety Administration. But crashes that cause only injuries or property damage are most common between 3 p.m. and 6 p.m. on weekdays.

Between midnight and 3 a.m. on Saturday night/early Sunday morning was the most common time slot for fatal crashes, with late Friday night/early Saturday morning not far behind. Tuesdays and Fridays between 3 p.m. and 6 p.m. was the worst time for less severe crashes, according to the government agency. Even though there are lots of cards on the road, few crashes happened during morning rush hour. In fact, on almost every day of the week, the later in the day, the more common the crashes were.

How About A Self-Flying Car? (Vocativ)