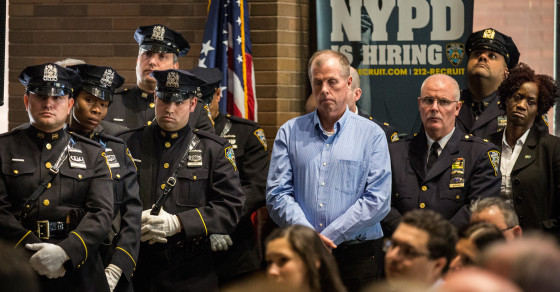 Being A Cop Isn’t Getting More Dangerous, Says Data
By Abigail Tracy

Being A Cop Isn’t Getting More Dangerous, Says Data

Statistics on cops killed while on duty are still trending downward

A series of high profile police killings have put the spotlight on the safety of law enforcement officers in the field, but—statistically speaking—being a cop isn’t getting any more dangerous.

So far this year, there have been 42 deaths of officers on duty throughout the United States. Twelve of the deaths were caused by firearms—three fewer than for the same time last year, according to data from the National Law Enforcement Officers Memorial Fund. More officers have been killed in traffic accidents this year in the United States. Already, 18 traffic-related law enforcement deaths have occurred this year, just one shy of the same period in 2014.

Since the nineties, overall law enforcement officer deaths have declined. In 2014, there were 126 law enforcement officer deaths. While this was a slight uptick from the 102 deaths in 2013, it still represents a precipitous drop from the numbers seen in the early 2000s. Firearm-related officer deaths have been on a steep decline since peaking in 1973, when 156 officers were killed with some type of gun. The average of such deaths fell from a staggering 127 per year in the 1970s to 57 per year in the 2000s. In 2014, eight officers were killed during traffic stops or in pursuit of a suspect.

Last year, in total 62 of the total officer deaths were felonious killings and 50 involved firearms. In 68 percent of these deaths, officers were killed with a handgun, seven were killed with assault weapons and three were shot with a shotgun and a rifle. The type of gun used in the remaining three cases is unknown. Fifteen officers were killed in ambushes, making it the most common circumstance for firearm related deaths, according to NLEOMF. Separately, the FBI also released preliminary data on officer deaths on Monday. According to the FBI’s data, felonious officer killings were up 89 percent in 2014 compared to 2013, but it was still lower than the average number of officer deaths between 1980 and 2014. 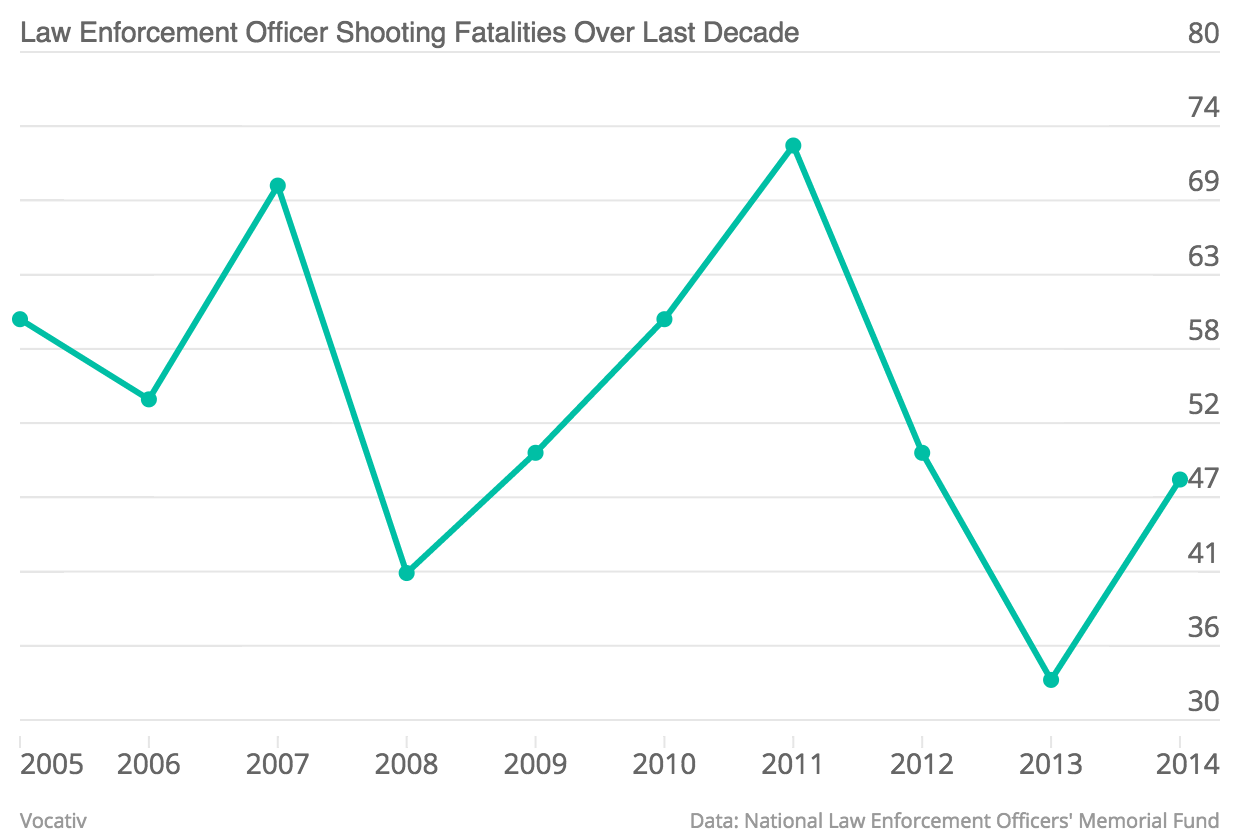 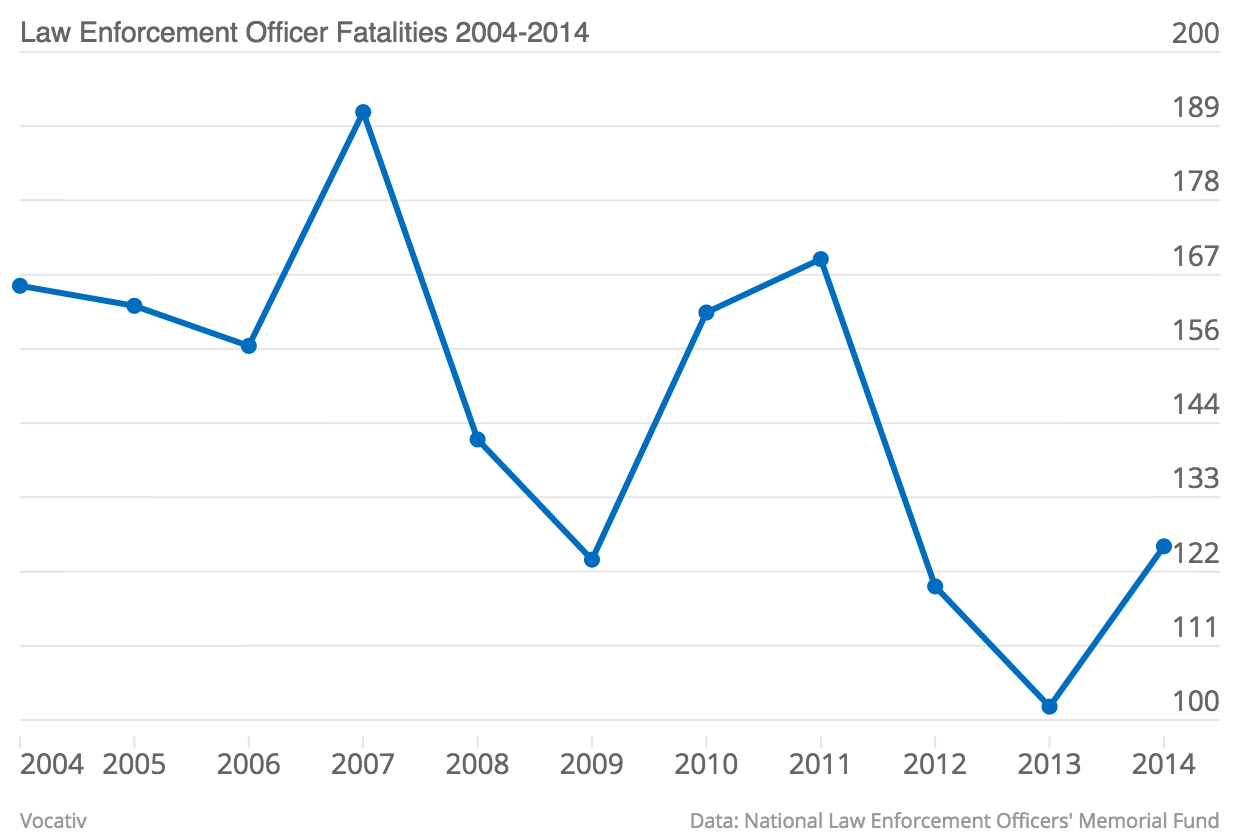 What 16 Months Of Police Killings In The U.S. Looks Like (Vocativ)
Five Myths About America’s Police (The Washington Post)
Is This A Rare Spike In Cops Getting Shot? (Vocativ)