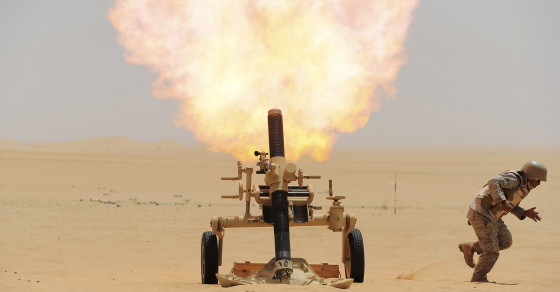 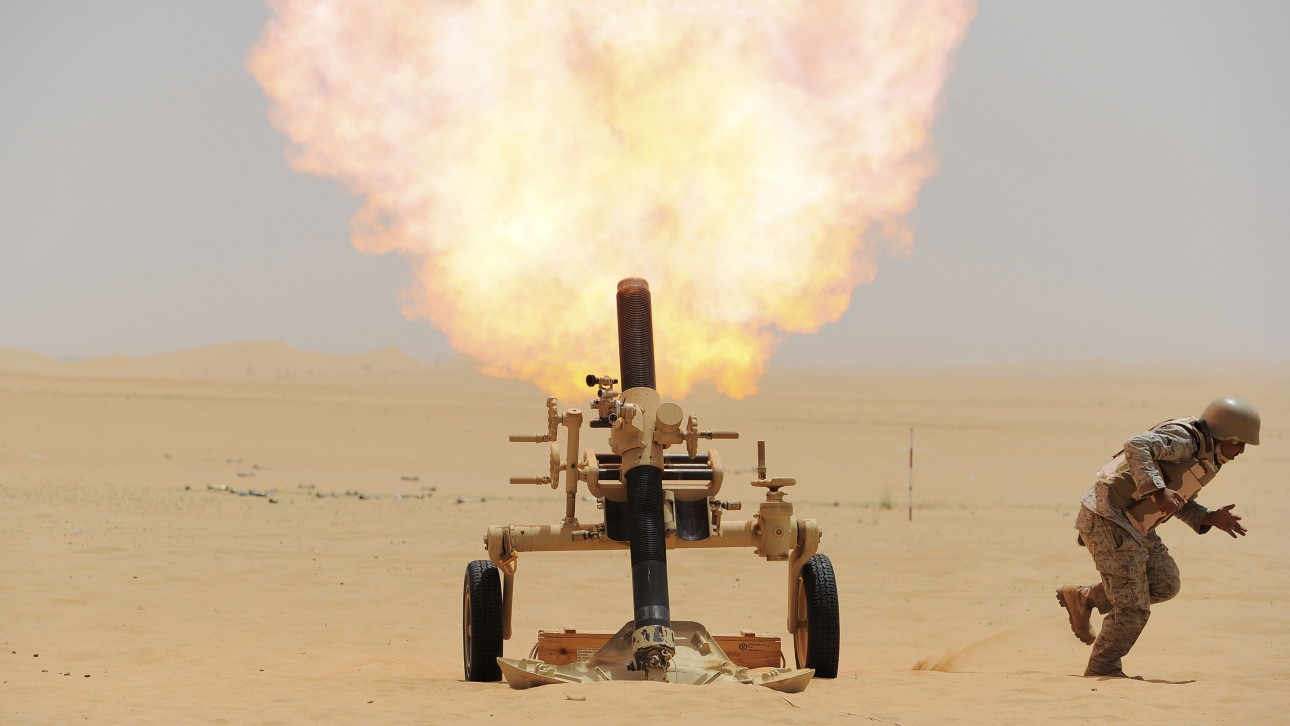 A Saudi soldier fires a mortar towards Houthi rebel border position — REUTERS
By Vocativ Staff
May 06, 2015 at 11:27 AM ET

The Iranian-backed Houthi rebels attacked a Saudi border town this week, killing at least three civilians, and pledging Wednesday to reach deeper targets in the kingdom. The rocket and mortar attack on the town of Najran led to a shutdown of local schools and suspensions of flights.

“Today we reached Najran, and next we will reach what is beyond beyond Najran,” the group said in posts on Facebook. The “beyond, beyond” terminology is reminiscent of speeches by Hezbollah leader Hassan Nasrallah, who would vow to extend his group’s war with Israel to the city of Haifa in Israel’s north, and beyond, meaning to Jerusalem.

Facebook groups of local tribes supporting and fighting alongside the Houthis celebrated the attack in the Saudi town on Tuesday, posting videos and photos from the damaged facilities in Najran. At the same time, the official Facebook page of the Yemeni Republican Guard, loyal to the former president Ali Abdullah Saleh, and the main Facebook page of Ansar-Allah, the Houthi rebel forces in Yemen, vowed to continue and to expand their attacks to reach deeper areas within Saudi borders. Saudi Arabia responded with more than 30 air strikes on the area, reportedly killing and wounding dozens.

Translation: “Today we reached Najran, and next we will reach what is beyond beyond Najran”

Translation: “We are sharing the video because we hear the Saudis saying that their country is immune, with uncompromising internal security. We tell them that this attack is still nothing. It’s not a war. The war has not yet begun.”