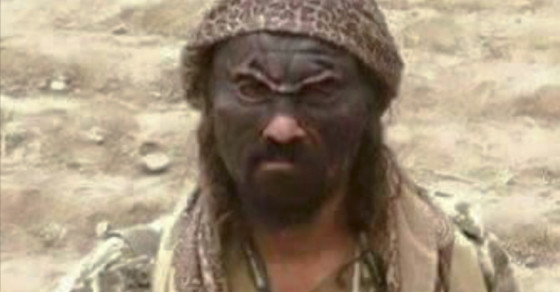 Mysterious Photo Of A “Monster” Is Going Viral In Yemen

A foreboding photo of a man being hailed as a hero in the anti-Houthi movement in South Yemen is exploding in the region’s social media accounts.

A photo of “The Monster” starting circulating last week in what could be an attempt to raise the morale of the Southern anti-Houthi resistance fighters and their supporters, as the region is being slowly occupied and besieged by the Iranian-backed rebels and their allies.

Translation:”This ‘monster’ is one of the heroes of the Southern resistance in Al-Dhale. The Houthis called those heroes Jinnis. He’s indeed a Jinn.”

Photos of “The Monster” (Al-Wahsh in Arabic) and his mysterious story caught the attention of local news outlets that published the photo and the story. According to the reports, “The Monster” from Al-Dhale is one of the most important fighters of the anti-Houthi resistance in the South because of his critical role in the military operations in the region. He’s seen in the viral photo wearing a mask, like other fighters in the Al-Dhale region, and his true identity is a secret. Southern Yemenite Facebook and Twitter groups claimed that Houthi rebels call him “Jinn”, a supernatural creature in Islamic mythology​. 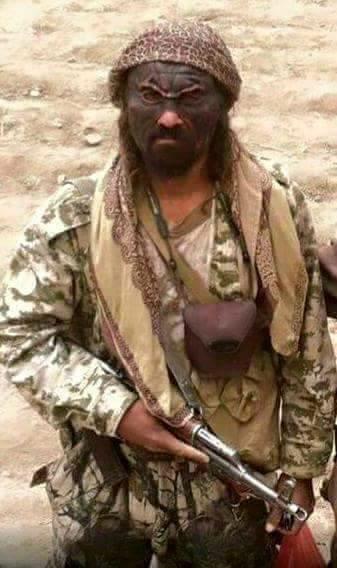 Translation: “one of the heroes of the Southern resistance. The Houthis and their allies in the army call him ‘Jinn'”

Vocativ reached out to three fighters and activists operating in southern Yemen as a part of the anti-Houthi resistance. They all saw the viral photo.

“It might have been Photoshopped, however it’s important to emphasize that the fighters of the small Al-Dhale​ region considered the toughest in Yemen,”  said Amir (Alias name) an activist in Aden. “It’s a 14 kilometer region and they (Iranian-backed rebels and their allies in the military) couldn’t break in with five brigades. We hear stories about the Houthi’s fear out of those Jinns.”

Whether “The Monster” is a real special warrior fighting in Al-Dhale​, or a myth created by Southern Yemenites to emphasize the alleged toughness of the fighters in that region, it appears that online memes play a role in boosting the morale of the anti-Houthi fighters and activists, as many of them are besieged by the Iranian backed rebels.