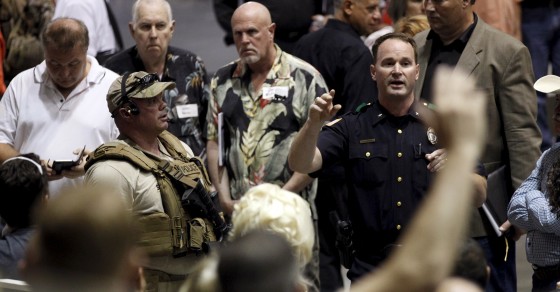 One of gunmen killed in Garland, Texas, shooting Elton Simpson, was known to the FBI 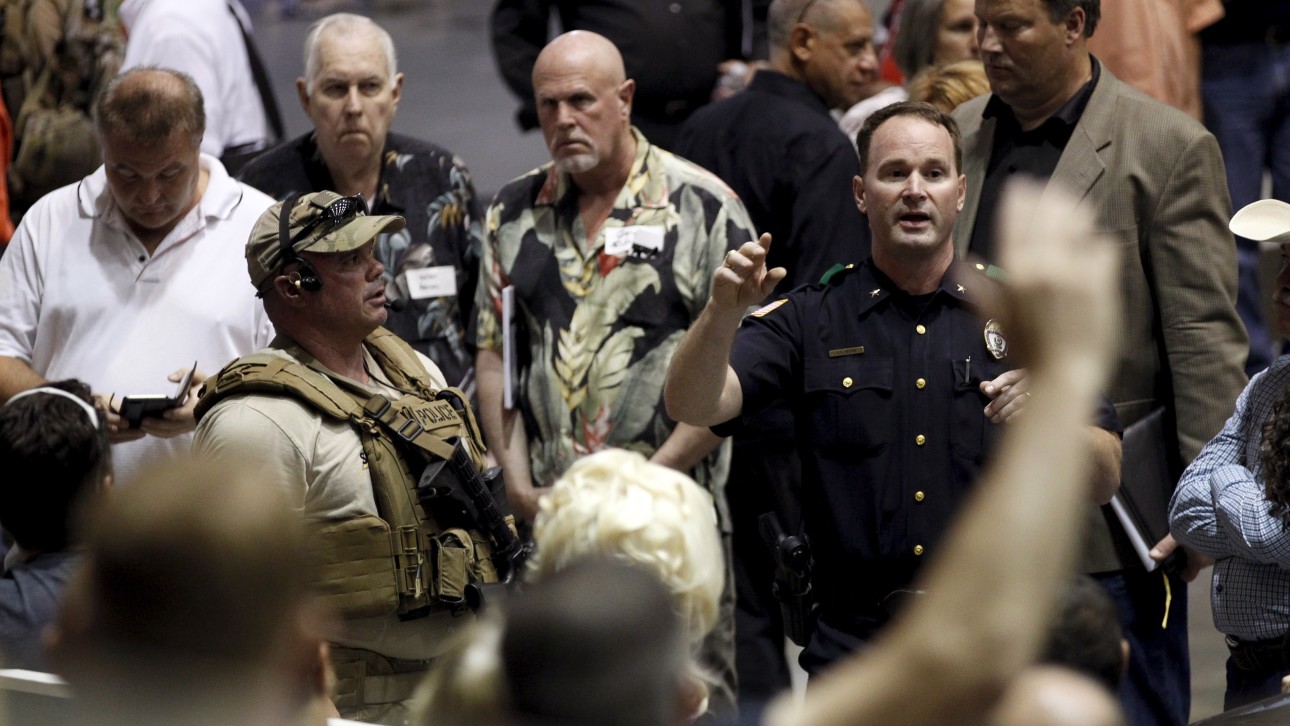 A police officer outside of the Muhammad Art Exhibit in Garland, Texas — REUTERS
By Leigh Cuen with Gilad Shiloach
May 04, 2015 at 7:19 AM ET

A Twitter account that preemptively alluded to Sunday’s shooting outside a Texas event featuring cartoons of the Muslim prophet Muhammad was linked to ISIS global social media accounts. The account may have belonged to Elton Simpson, an Arizona man known to the FBI from a previous terror investigation.

The Twitter account Shariah is Light used the hashtag #texasattack before the violence erupted on Sunday in Garland, Texas, at the “Muhammad Art Exhibit and Contest.” The account also tweeted a pledge of allegiance to the “leader of the faithful,” a reference to ISIS leader Abu Bakr Al Baghdadi.

One of the last tweets from Shariah is Light mentioned Abu Hussain AlBritani, the alias of one of the Islamic State’s notorious operatives, British terrorist Junaid Hussain. After the shootings, the AlBritani account tweeted: “They Thought They Was Safe In Texas From The Soldiers of The Islamic State.”

Another Twitter user, LoveHoor, later claimed to know Shariah is Light, tweeting in Arabic: “The brother who did the operation in Texas is an ISIS supporter.” LoveHoor tweeted claims that Shariah is Light attempted to go to Somalia in 2008 to join extremists and he was motivated to attack Americans by a dream of virgins waiting for him in heaven. This description matches Simpson, who was prosecuted in 2011 for lying to the FBI about his plans to travel to Somalia and join Islamic militants. LoveHoor and Shariah is Light followed each other on Twitter and were both connected to global ISIS accounts. Following Sunday’s attack, Twitter suspended the accounts of Shariah is Light and AlBritani.

The cartoon drawing event at the center of Sunday’s shooting was organized by the American Freedom Defense Initiative, which is classified by the Southern Poverty Law Center as a hate group. Two gunmen were killed by police officers after they opened fire outside the event. The second guman has not been identified. Officials also have not shared any details about the two men.

On early Monday, ISIS forums were filling up with posts praising the attack and the suspects.

2- The interpretation of his dream was that the #hoor Al-Ayn were waiting for him eagerly and that he should hasten to meeting them too.

1- Mutawakil saw himself in a dream walking in a road & a woman looking from the sky with a niqab. He was frightened https://t.co/pID2j0CVbR

Our brother Mutawakil in 2008 wanted to Make #Hijrah to Somalia but a Murtad spied on him. Allah swt was preparing him for something better.