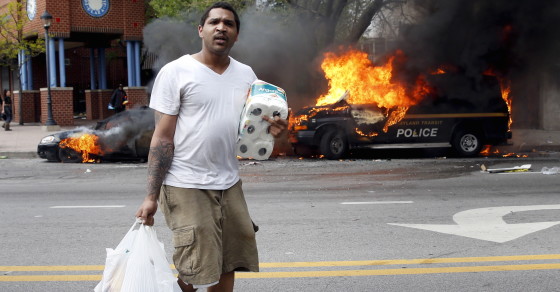 Mass arrests during the Baltimore riots overburdened the local courts, forcing the public defender’s office to recruit private attorneys as reinforcements to represent hundreds of rioters, arsonists and protestors.

The call for help began circulating among members of the city’s legal and activist communities on Tuesday afternoon. Maryland Public Defender Paul DeWolfe announced he could offer lawyers in private practice up to $50 an hour to assist with representing people arrested. Others spread the word on social media, which attracted a swift and “overwhelming response,” Natalie Fineger, Baltimore’s deputy public defender, told Vocativ.

I need the attention of all my radical lawyer friends...your services are neededThe Baltimore City Public Defender's...

“It was definitely a crisis averted from my perspective,” Finegar said Wednesday. “We had been gravely concerned.”

On an average day in court, Finegar’s office needs between seven and 15 attorneys to represent indigent arrestees at bail hearings. On Wednesday, thanks to volunteers, she said they plan to have around 40 attorneys on hand to provide legal services.

In just three days of civil unrest following the death of Freddie Gray, nearly 250 people wound up behind bars in Baltimore, according to official counts. More than 20 buildings were set on fire or badly damaged. At least 144 cars were torched or completely destroyed.

Those figures are particularly large when compared to the number of arrests and damaged property that have occurred in Ferguson, Missouri over the course of months. Compiling media and police reports, Vocativ found that during approximately 20 days of protesting in the St. Louis suburb between August, 2014 and March of this year, at least 500 people were arrested, 55 buildings were damaged or destroyed and only three vehicles burned.