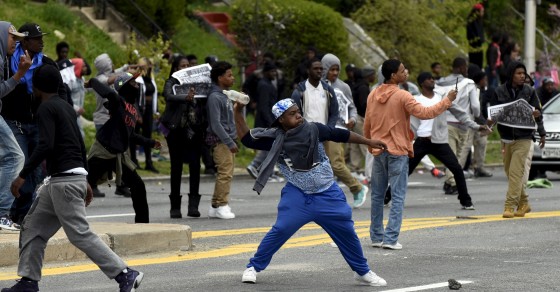 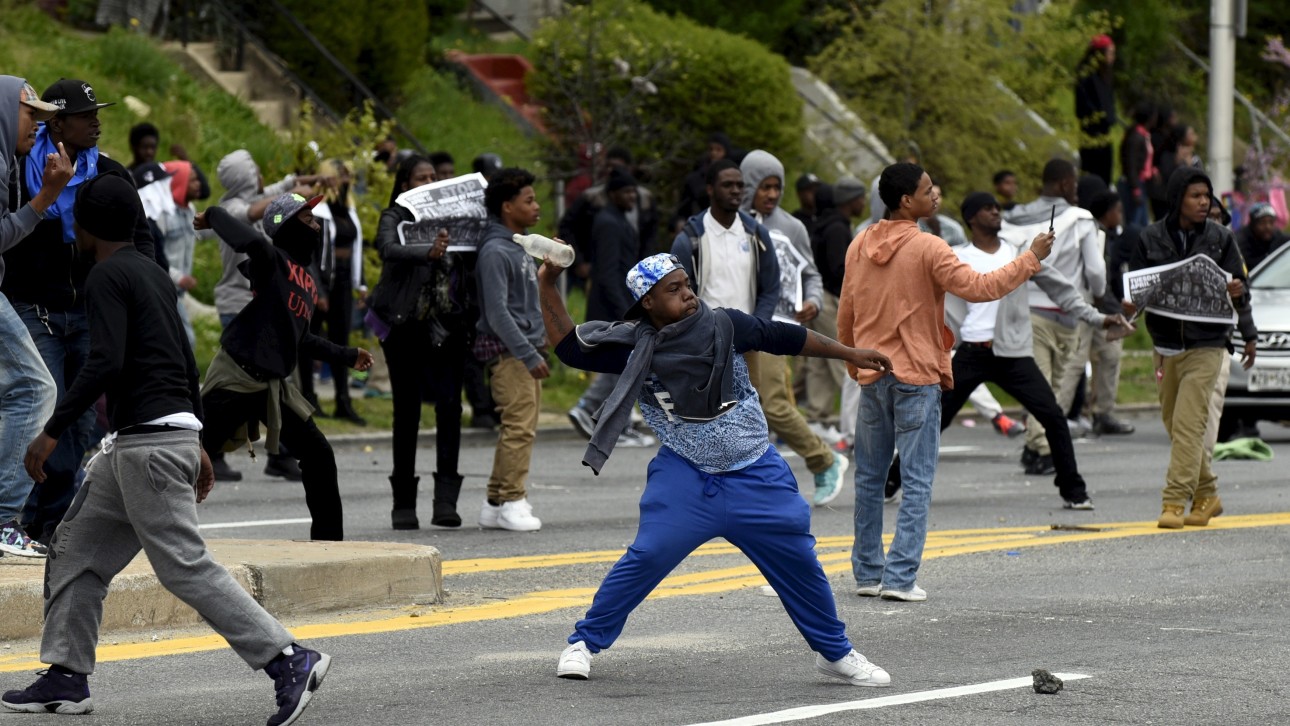 Protesters clash with police near Mondawmin Mall in Baltimore — REUTERS
By Leigh Cuen
Apr 28, 2015 at 10:27 AM ET

Some Baltimore teachers are placing a share of the blame for the violence at Mondawmin Mall yesterday on police and other local authorities, saying they contributed to the situation by stopping buses full of students on their way home from school and herding them straight into the heart of the developing unrest.

“Students told me they were nervous to take the bus that day,” said Harris, “because they could see on social media that a protest was going to happen right after school at the mall’s bus station.” Harris said she watched high school students trying to leave the area, but that they couldn’t because all the other buses were also shut down.

“They let the kids off exactly where the protest was happening. Protesters ran past the students, who looked scared and confused,” said Harris.”The police didn’t look like they were doing anything to help the students get away to a safe place.” Although she left to take some of her own students home and was not there when the angry protest turned violent, Harris—who has herself participated in some of the peaceful protests that followed the death of Freddie Gray—believes this transportation blunder caused the riot at the Mondawmin Mall.

After giving a few students a ride home, Harris published a follow-up Facebook post, saying: “Students were trapped in the mess, whether they were choosing to participate or not…they were thrown into the middle of essentially a battle field.” A fellow educator confirmed Harris’s observation with a tweet of his own.

The police had the Douglas students cornered. No buses were leaving & you had police in riot gear. https://t.co/pp0WFx12mZ