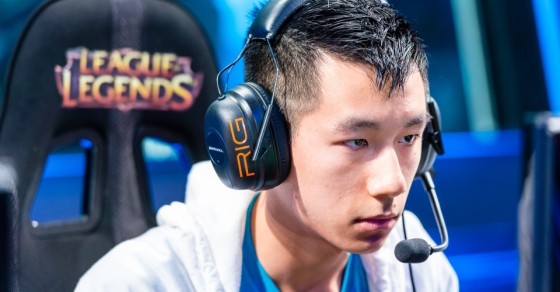 Just like professional football players can be forced into early retirement by too many ripped tendons or concussions, injuries can also cut short the careers of competitive video gamers. Hai Lam, one of the highest profile e-athletes in the U.S., is calling it quits at the ripe age of 22. The cause? A chronic wrist injury. Repetitive stress injuries are common not only in gaming, but in the world of sports at large. Tennis elbow and golf elbow are variations of RSI.

Lam explains in his resignation letter that the injury has limited his training, which is arduous. Competitive gamers often train for hours and pull all nighters in the run-up to a competition, even sparring with other pros. People can get carpal tunnel syndrome from working on a computer for eight hours a day, so imagine using those same muscles and tendons for 12 hours a day, seven days a week.

With the injury limiting his training, Lam saw the writing on the wall. While not bringing in Tiger Woods-level money, Lam has been able to eke out a decent living with his talents. He made $82,790 over the past four years. The 2014 League of Legends World Championship, which Lam’s team competed in, paid out more than $2 million in total.

Marathon gaming is still a young sport, but over the past year, a few other players have had season-ending injuries due to similar repetitive strain; Jason “Mew2King” Zimmerman, Westen “Westballz” Dennis and Aziz “Hax” Al-Yami. While it’s possible that that these are outliers, the fact that regular physical exercise is one of the best preventative measures against RSIs doesn’t bode well for a sport that requires you to sit in front of a computer for hours on end.