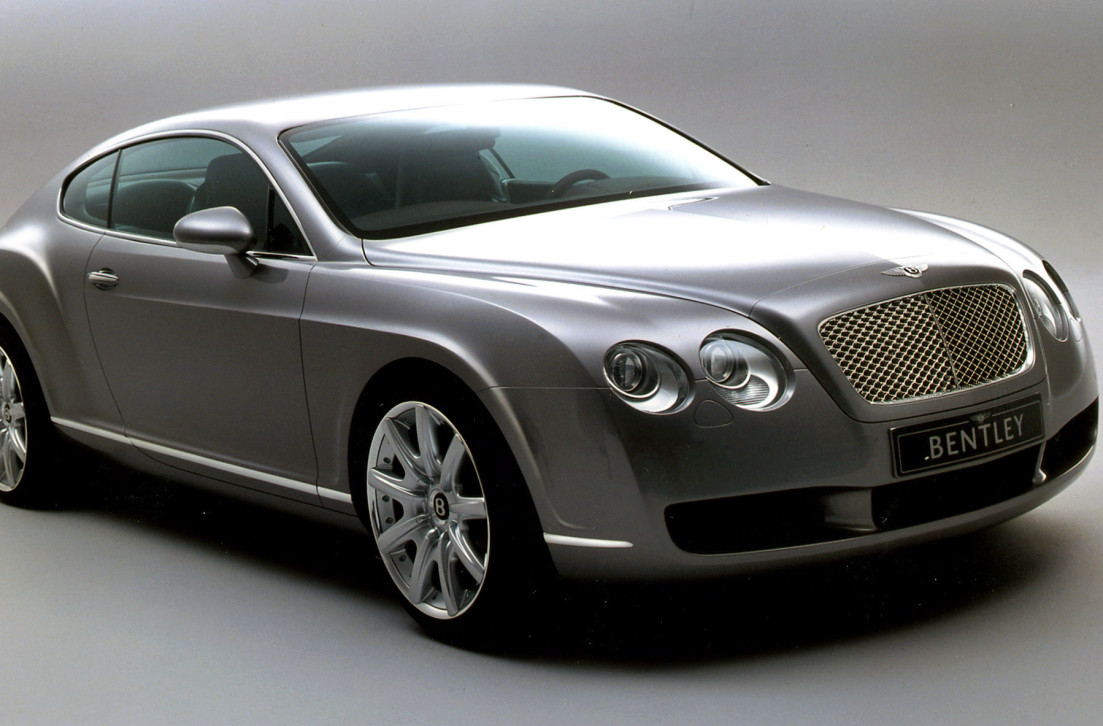 Saudi social media is abuzz with the news of the golden parachute bestowed upon the departing coach of the nation’s favorite soccer team, Al-Hilal.

Prince Al-Waleed Ben Talal, said to be the Arab world’s richest man, announced on his Twitter account that he would give top soccer coach Sami al-Jaber a brand-new Bentley as a parting gift. Oh, and he’d be throwing in $10 million for the team, too. It might seem like Al-Jaber is being treated like royalty despite being sacked, but in the soccer business, where big severance payments are not uncommon, it could even be seen as cheap. David Moyes, who took over at Old Trafford as manager of Manchester United and was doomed to fail in the shadow of his predecessor’s greatness, got sacked after just 51 games in charge. He walked away with a severance of 5 million pounds, plenty rich enough to take the bitter taste out of his mouth.

I grant thee a Bentley... 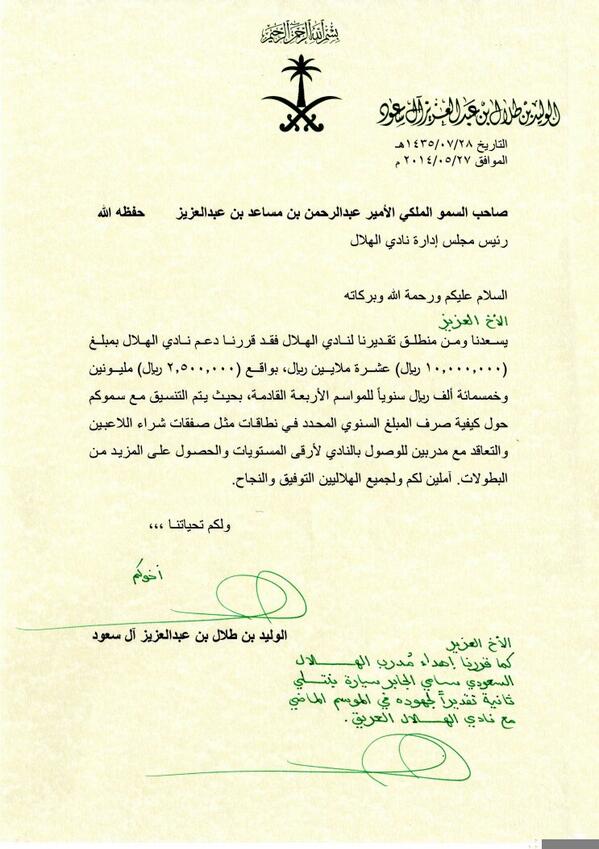 The above message on the Prince’s Twitter account (retweeted in excess of 30,000 times) reads: “In the name of Hilal’s fans, I give my brother Sami al-Jaber a second Bentley. As appreciation to the team Al-Hilal, I will support it with $10 million during the next four seasons.”

So a big payout for the team, but not quite as big for the coach, sacked just a day before. But hey, the guy did play for Al-Hilal for 20 years, appearing in four World Cups for Saudi Arabia, where he become the kingdom’s second-highest goal-scorer of all time. So he’s basically royalty himself, even in a country where extreme clerics have called soccer players from their own country infidels. We think he’ll survive.

The prince, meanwhile, has been on something of a Bentley binge, throwing cars around like confetti. He famously handed out Bentleys to 25 players and staff of the Nasr football club for winning the Saudi league. Prince Al-Waleed bin Talal is an enormously successful international businessman, who famously took a $300 million stake in Twitter and owns a large chunk of NewsCorp, Citigroup and several high-end hotels.

The social wires went wild with the news, and there was plenty of Arabic snark to go around. The below tweet says “Right: How the people see a Bentley. Left: How Sami sees a Bentley.” Others suggested that a fundraiser should be held for the newly unemployed soccer star—possibly to pay for the gas for his two Bentleys.

Although the messages were overall positive in their reaction, some have criticised the luxurious gifts in contrast to the difficult economic situation faced by many in Saudi Arabia. Some tweeted that while Sami has just been gifted a second Bentley, other people can’t find a first job after graduating college.

The Kingdom of Black Gold is indeed experiencing an increased rates of poverty and youth unemployment, and few countries represent a gap in wealth like Saudi Arabia.

While a November 2013 World Bank report revealed that Saudi Arabia has the10th lowest poverty rate worldwide, these figures are heavily disputed, with many estimating that as much as 20 percent of the population lives in very difficult financial conditions.

“Beggars panhandle in the shadows of Riyadh’s luxury shopping malls, and just a few kilometres away families struggle to get by in the capital’s southern slums,” notes a report from Islam Times.

In 2013, a viral campaign with the twitter hashtag #الراتب_مايكفي_الحاجة (#mysalarydoesnotmeetmyneeds) generated 17 million tweets in two weeks. In 2011, three Saudi film makers were jailed for two weeks after posting a film online about the extent of poverty in Saudi Arabia. So while soccer stars are making like bandits, the country is still scoring own goals.