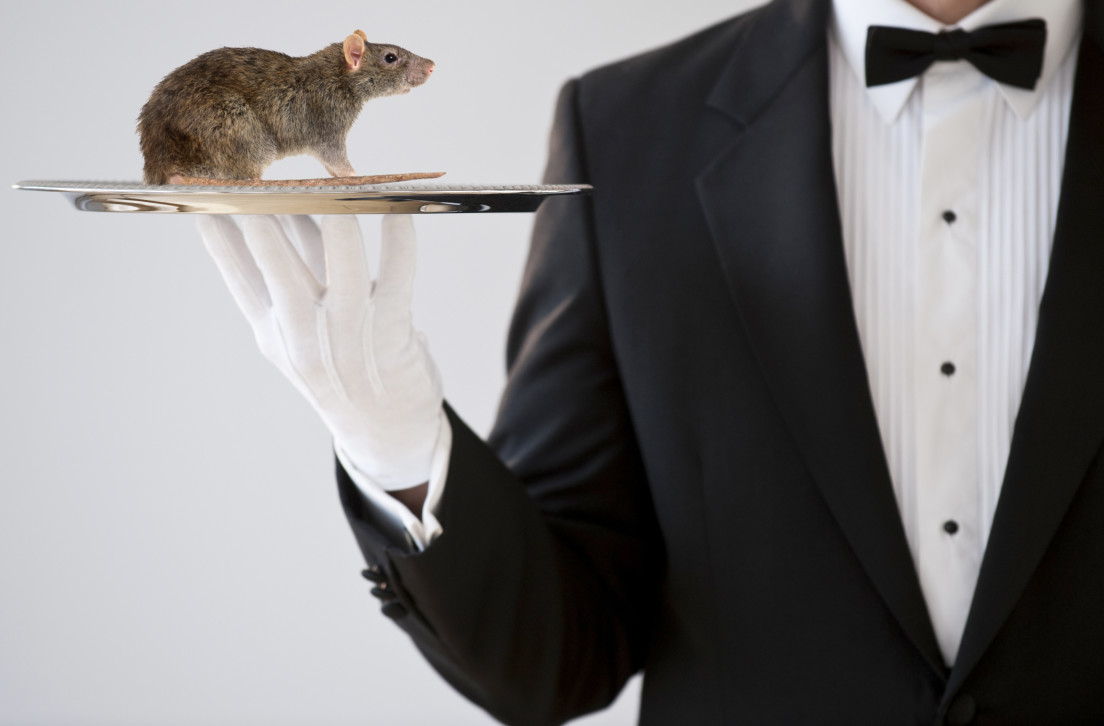 Of roughly 24,000 restaurants in New York City, just 67 earned the coveted Michelin star in 2014.  Receiving a gold star in the “Red Guide” is a badge of honor among restaurateurs. It serves as a contract with customers to provide the highest standard of ingredients, prepared in the most delicious way. It also means you can charge them a whole lot more money.

The Michelin Guide bills itself as “the benchmark in gourmet dining” with a “world-renowned star-rating system for culinary excellence,” and isn’t shy about the fact that “earning a star is seen as one of the highest honors in the industry.” It’s often how serious foodies from around the world decide where they’re going to eat in New York City.

Would you still eat at these restaurants?

According to Michelin, “the inspection process has been refined for more than 100 years,” with anonymous analysts visiting restaurants and hotels several times a year “under a clandestine cloak.” One Michelin star is supposed to mean you’re getting a very good restaurant in its category, offering cuisine prepared to a consistently high standard. Two stars guarantee “skillfully and carefully crafted dishes of outstanding quality,” and three indicate the restaurant is in the rarefied “superb” stratosphere (Just seven N.Y.C. spots earned the top honor in the 2014 guide).

But Michelin might want to double check that their inspectors are actually awake underneath those cloaks. According to our analysis, no less than four of the 2014 Michelin-starred restaurants in New York City received C grades from the Department of Health this year, a distinction that’s almost comically difficult to achieve. If you count those restaurants in the Grade Pending category, the number of C’s actually doubles to eight. And then there are the five that got B’s.

So how hard is it to get a C from the New York City Health Department? You have to rack up more than 28 health-code violation points (read the full grading breakdown here).  And that’s after they give you a second chance to clean up your act, if your first inspection was a disaster. (The city believes everyone can get an A with a little hard work.) Thirteen or less violation points will earn you an A, while a B means you scored between 14 and 27 points. If a restaurant messes up in its first inspection, all it has to do is put up a Grade Pending poster, which is essentially informing customers, “Hey, we still have some roaches and might be a public health hazard, but we’re working on it!”

Just to give you some perspective: Even an A grade restaurant can be guilty of violations that may include roaches, mice, rats, dirty employees and public health hazards. WD-50, Wylie Dufresne’s molecular gastronomy mecca, for example, received an A grade and a Michelin star in its April 2013 inspection, even though it had evidence of live roaches in the kitchen.  Yum!

A critical violation like “serving raw food such as a salad without properly washing it,” is a five-point problem. A public health hazard, like keeping food at the wrong temperature, is a minimum of seven points. Restaurants with a C grade may have up to four public hazard violations and/or a smattering of five-point problems like live rats, mice or cockroaches. Delicious. Below: The clean, the bad and the ugly.

The Department of Health awarded A grades to 53 Michelin-starred restaurants, but 19 of those were only one or two points away from getting a B. The only starred restaurant on the list with zero points was David Chang's Momofuku Ko. Aska and Caviar Russe, both one-star restaurants, were awarded A's but their points were not available.

Where (not) to eat

Before making your next dinner reservations check out this map of New York City's Michelin-starred restaurants, and the health violations which earned them their grades 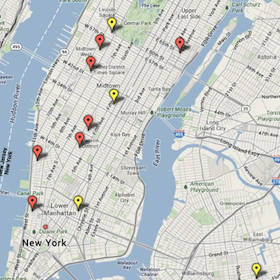 Here are the four dirtiest Michelin-starred restaurants in New York City, all of which received official grades of C.

According to Michelin, which gave the 44-point violation Yakitori one star, Chef Shu Ikeda is all about quality. The restaurant’s distinct dishes are “particularly authentic.” Distinct, in that the staff wiped their dishes with dirty cloths and failed to wash contact surfaces, according to the Health Department. They had also improperly “sanitized equipment or utensil[s], including in-use food dispensing utensil[s],” and facilities that are not vermin-proof. Zagat gave the restaurant a 19/30 for décor, which is pretty bad, but Michelin insists that “inside, the intoxicating aroma of charcoal, smoke and searing meat” is very welcoming. Tip: Make sure the “searing meat” isn’t cockroach or mouse, because this culinary delight got slapped with violations for the presence of both.

“For inspired, yet focused cooking that sparkles like the Iberian coastline, seek out this impressive dining gem helmed by Chef George Mendes,” reads Aldea’s Michelin review. But don’t forget to check out the inadequate personal cleanliness, improperly labeled food, badly stored utensil[s], soiled garments and lack of hairnets, which were among the 30 violations Aldea notched up. Michelin also notes that “one of the city’s prettiest counters can be found here,” which will hopefully distract you from the lack of wash-your-hands signs that cost them five points.

When it was first inspected, this TriBeCa sushi stalwart earned a staggering 57 points, which is 29 points above the C minimum. This summer, they managed to cut that number down to a less scary 30. And Michelin still gave them a star, despite the evidence of rats or actual live rats and improperly washed surfaces. Michelin believes in Sushi Azabu’s “faithful renditions of traditional sushi” and its “absolutely perfect morsel of Japanese uni.”  And to be fair, glove-free preparation of any uncooked food—which is simply how good sushi is prepared—earns a restaurant a minimum of seven points automatically. Sushi rice is also kept at a temperature that is below New York City health standards, which accounts for an additional seven points.

Come to chef John Fraser’s Zagat-rated “suave New American” for an “exquisite symphony of original dishes,'” but stay for the improperly installed plumbing and non-functioning sewage disposal system. Michelin gave this bi-level restaurant on the Upper West Side one star and kudos for its beautifully colorful dishes. Perhaps a bit too colorful: The Health Department served up violations for contaminated or cross-contaminated food and not cleaning food-contact surfaces.

Runners Up
These five restaurants each received one Michelin star and a grade of B:

A Voce Columbus: When you throw down for an expensive, one-Michelin-star restaurant in Columbus Circle, you probably don’t expect filth flies will be part of the experience.

Blanca:  Foodies wait months for a reservation at this 12-seat critics’ darling, with its $195 prix fixe, with a side of mice, filth flies and an improperly maintained toilet facility. One more point would have earned it a C.

Café China: It’s actually quite close to the Vocativ offices. But we’re going to steer clear on our lunch break because of facilities that are not vermin-proof, contaminated ingredients and filth flies.

Public: Go here if you want to pay $24 for an appetizer served in a setting that boasts improper plumbing and filth flies, including “house flies, little house flies, blow flies, bottle flies and flesh flies.”

Lan Sheng: This Chinese restaurant got slapped with a critical violation for “food not protected from potential source of contamination during storage, preparation, transportation, display or service,” and a general violation for improper thawing procedures.