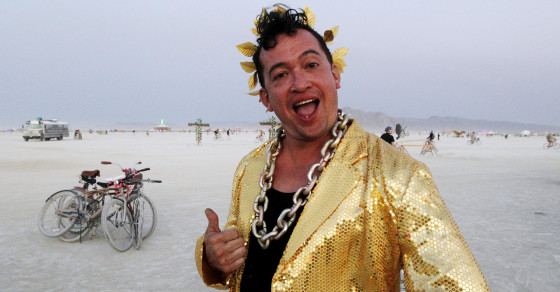 Statistical Proof That the Bougies Are Taking Over Burning Man 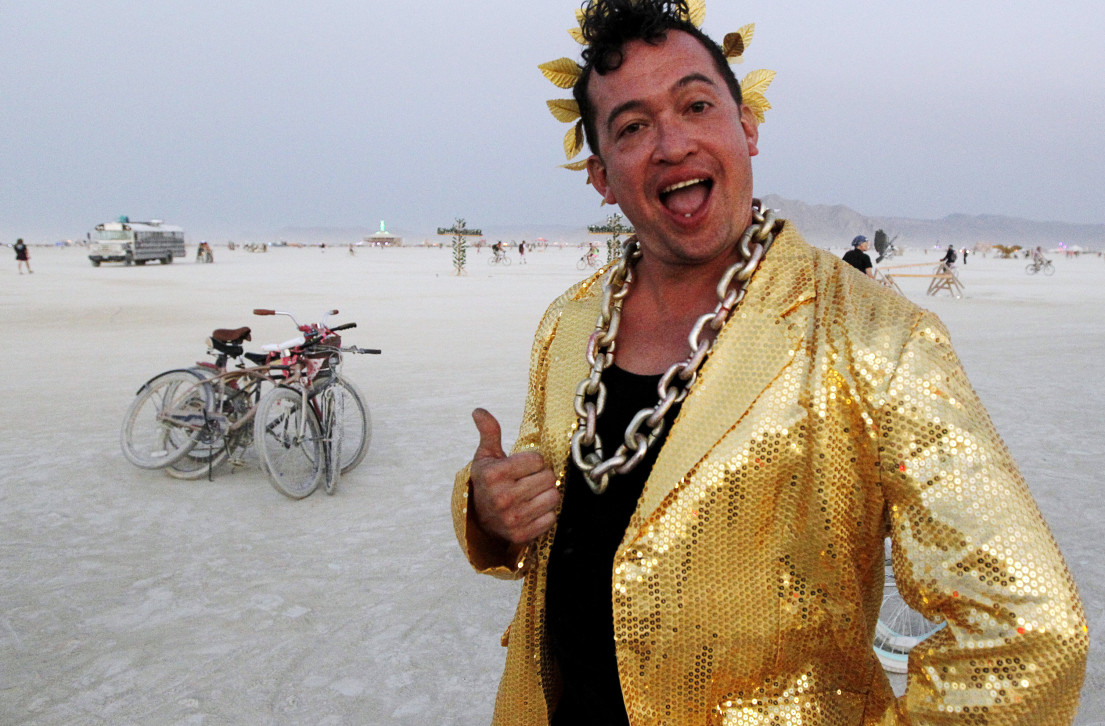 With the mainstream’s awareness of Burning Man, however, has come criticism. Today die-hard Burners argue that their debauched art fest has become a party for Silicon Valley kids and other 1 percenters—and The New York Times backs them up. What was once the domain of drug-addled graduate school dropouts is now filled with billionaire techies, air-conditioned RVs and personal chefs.

But this change is more than subjective or anecdotal. Census data collected by organizers of the festival from the last decade bears out what so many dreadlocked fire jugglers have been saying for years. Since 2003, the Burning Man website has published the results of an annual survey of the festival’s attendees that asks Burners many questions about themselves, including their personal incomes. Those incomes, the numbers show, are on the rise.

A Burning Man participant toasts the sunrise with a bottle of champagne at the 2013 festival.

So Burners are making bank and we have concrete evidence that, yes, “the playa” is filthy with fat-walleted bougies. But now that there’s statistical proof that all those griping Burning Man purists are right, it’s up to them to come up with something that’ll drive those hated richies away—maybe a motor-vehicle ban or millions of gallons of rain.