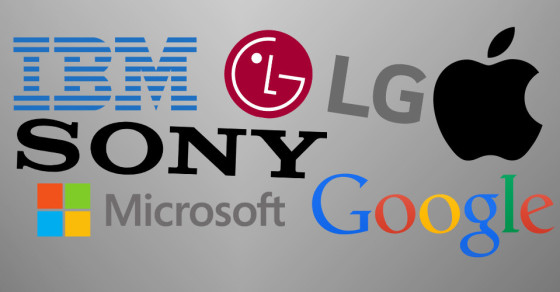 What’s Odd About This List Of Companies With The Most Patents?
By Ross Keith

What’s Odd About This List Of Companies With The Most Patents?

As shown in this visualization from Dadaviz, a mere nine corporations accounted for almost 10 percent of all the patents awarded by the U.S. Patent and Trademark Office in 2013. Naturally, technology companies such as IBM, Samsung and Sony dominated the leaderboard. Yet, you may notice two big names missing from this list.

Both companies have been on a patent-applying spree over the last few years, according to Apple Insider. In 2013 alone, Google racked up 1,851 and Apple collected 1,775. Still, their totals were dwarfed by the numbers from leaders such as IBM (6,809) and Samsung (4,676). Matter of fact, this is the 21st year in a row that IBM led the pack for most patents.

But quantity isn’t everything in this game. It’s the quality and applicability of what you develop that’s important. Consider that Google’s profits are rising and Apple is now making enough money to buy its competition in cash, while Sony, with its 3,073 patents, is struggling to retain its market share.