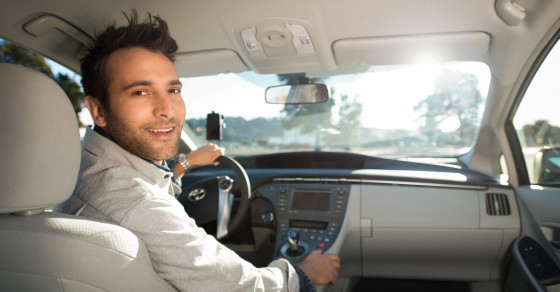 In the wake of a string of sexual assault accusations against its drivers, Uber added a “safe ride checklist” to its smartphone app right before the new year. And while it is great that the company is responding to the safety concerns raised about the car-hailing service, this is a classic example of “too little, too late.”

For starters, the checklist is so far available only to users in Boston and Chicago, after Uber drivers in each city were charged last year with raping female customers. The safety issues with the Uber service are clearly not limited to Boston and Chicago, so any safety feature added to the app should be available in every city where Uber operates. According to figures obtained by Business Insider, Uber did twice as much business in New York as it did in Chicago in 2013, with Chicago fourth or fifth in terms of U.S. market size.

The feature is also pretty bare bones. Essentially, it is just a reminder to Uber users that they should confirm that the license plate of the car and the name and picture of the driver who picks them up match what’s in the app. That’s it. There’s no way of sending an alert to Uber over threatening behavior from a driver (other than giving them a low rating) or, maybe, a direct-to-911 button.

The idea is that this checklist will prevent riders from getting in cars with drivers who might be using another Uber driver’s account as a way to skirt the background check—which has been a problem, one Uber shares with the taxi industry as a whole. Maxime Fohounhedo, for example, was accused of assaulting a 22-year-old female passenger on Nov. 16 in Chicago while driving with an account under his wife’s name, reported NBC Chicago.

And while it is of course a good idea for all users to check these things, and a reminder can’t be that bad, the safe ride checklist makes safety the user’s responsibility without addressing the real issue at hand: How are these people getting behind the wheel?

Uber has been making headlines in recent months—and not in a good way. New Delhi banned the service after a driver (with a long pre-Uber rap sheet) was accused last month of raping a female passenger. A handful of other cities followed suit. Also last month, Boston Uber driver Alejandro Done was arraigned on charges of rape, assault to rape, kidnapping, and assault and battery after allegedly attacking a female passenger. Earlier this year, another Uber driver in Chicago was charged with battery after fondling a passenger.

Although this is probably a step in the right direction, it’s a baby step. Here’s the bottom line: A company probably shouldn’t have to advise its customers on how not to get sexually assaulted by its employees. And if it does, a “How Not to Get Raped” FAQ is a pretty lame response.