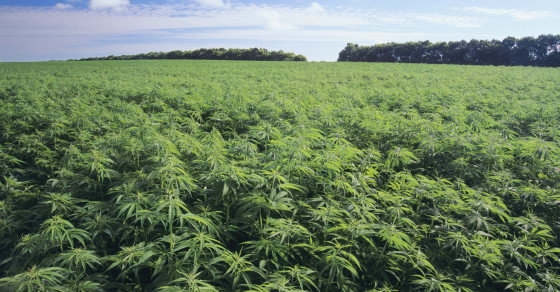 Could the U.S. Become a Hemp Powerhouse?
By Daniel Edward Rosen

Could the U.S. Become a Hemp Powerhouse? 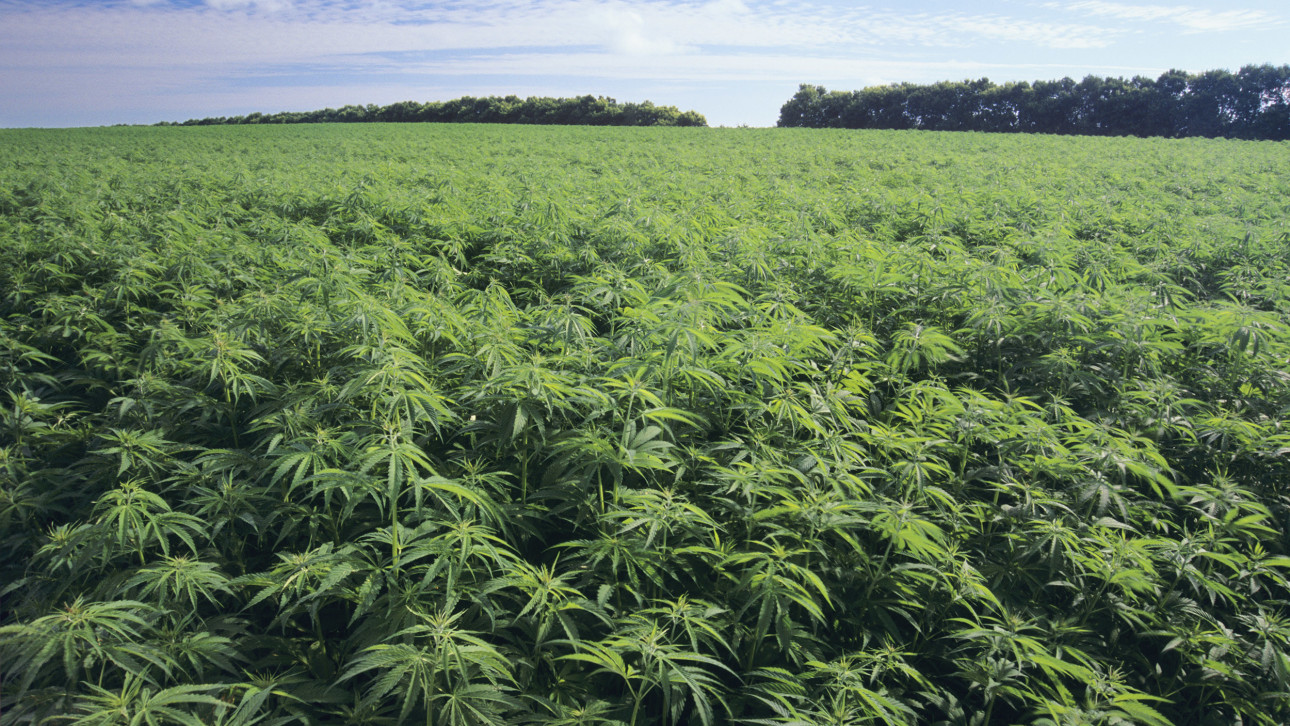 The weed crop is becoming big business, thanks to legalization in several states. But weed has a close cousin that could also become a lucrative commodity in the United States: hemp.

Hemp played a big role in the U.S. economy in the 1800s and again during World War II, and it still appears in everything from food to fuel to T-shirts. But virtually all of the hemp used to make those things in the U.S. is imported. That’s because, like weed, hemp has THC, which is what gets you high when you smoke it. There’s much less of it in hemp (0.3 percent versus 30 percent), which won’t get you high, but the mere presence of THC has made it illegal to grow in most states.

That changed in February, with the passage of the 2014 Farm Bill that allowed universities and state departments of agriculture to launch pilot programs for industrial hemp. Some states are jumping at the opportunity: 12 already have laws to allow for industrial hemp production, which raises the question about whether America could become a hemp power again. Last year American retailers sold an estimated $581 million of products containing hemp seeds and fibers.

A hemp harvest in Colorado last year, the first-known harvest of the plant in more than 60 years.

One of those approved states, Kentucky, which hasn’t grown industrial hemp in nearly 70 years, has already had a run-in with the feds. The DEA recently seized a shipment of 13 varieties of hemp seeds sent from Italy and bound for Louisville. Last week, the seeds were finally released, and two colleges in the state will now be allowed to plant the hemp seeds to test which strains have the most commercial potential.

Hemp can grow to about 18 feet tall, and the seeds are crushed into oils and flours that go into various foods, as well as body-care products like soaps and shampoos. Dozens of countries grow hemp, with much of the U.S. hemp coming from Europe, China and Canada—the latter exported over $33 million worth of hemp seeds and other raw hemp materials to the United States in 2013, according to CATSNET Analytics.

Long before it became a controversial plant, industrial hemp enjoyed a prodigious history in the U.S. It was used to make sails and riggings, and was even the subject of the Department of Agriculture’s propaganda film “Hemp for Victory,” which became a rallying cry for farmers to grow the crop for America during World War II.

So what will it take for the United States to grow its own hemp industry? We asked Anndrea Hermann, president of the Hemp Industries Association and a special committee member of the Canadian Hemp Trade Alliance.

Use infrastructure that’s already in place.

The United States already has food processing plants and farming equipment that customarily handle other crops that will have the ability to work with industrial hemp, Hermann says. “Equipment-wise, it’s all there. Drying vents [and] seed cleaners—that equipment is very turn-key.”

Begin to mass-produce the crop in other states.

Whatever happens with the 13 acres of hemp plots that are part of Kentucky’s pilot program will be a strong indicator of how the crop can be mass-produced throughout the country, says Hermann. “We could see varieties we were growing in Canada grow very well in North Dakota and in Montana.”

“We can also see varieties that we are growing in Southern Ontario work well in Minnesota, Michigan, Wisconsin [and] Vermont,” she adds.

Identify areas that may be better for seed production and the ones better growing for fiber.

In Europe, seeds grown in one area, then supplied to another country with a different climate, have created specialty farms aimed at growing and harvesting specific parts of the hemp plant. “Now we’re going to have an area that specializes in pedigree seed production be able to supply other areas where the agronomics are better-suited for fiber production,” says Hermann.

Understand that growing industrial hemp is not like growing the marijuana plant.

Recognize that Canada does not want to bogart the industrial hemp industry.

Having a thriving industrial hemp industry in America will add security in the marketplace. “As you start to look at launching hemp into mainstream food production, we are going to need that supply stability, especially as we look at North America as a provider of quality hemp materials globally,” says Hermann.

“There’s a big hemp pie out there, and there’s lots of room for people to have their place in it.”