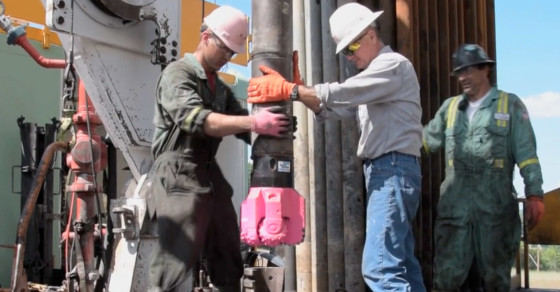 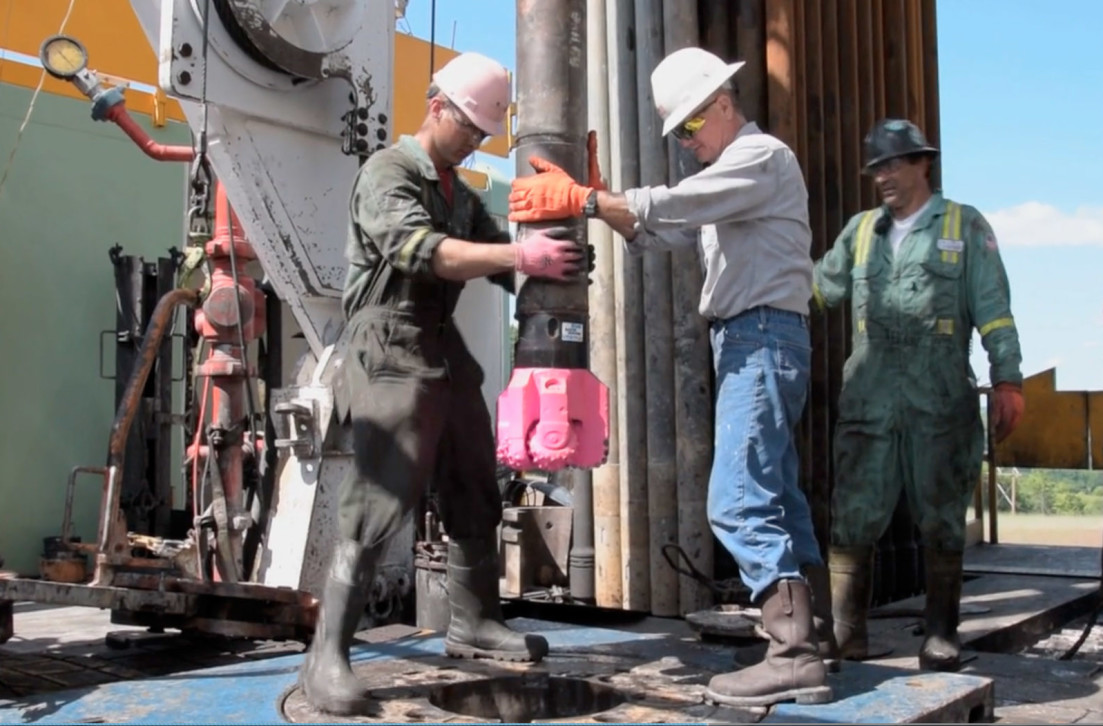 In an unlikely pairing, oil-drilling conglomerate Baker Hughes has partnered up with the Susan G. Komen charity to raise breast cancer awareness. One of the world’s largest oilfield companies, Baker Hughes will slap a few coats of that trademark Susan G. Komen pink on 1,000 fracking drill bits that will be distributed worldwide this month and will donate $100,000 to the breast cancer awareness foundation, in what has been coined a “frack-for-the-cure” effort.

Baker Hughes has pink-washed its company website in promotion of the initiative and the informational page that announces the partnership is tagged with the phrase “Doing Our Bit for the Cure.”

The irony here is that fracking—and the companies behind it, like Baker Hughes—have regularly been accused of causing cancer. A recent study from the U.S. Center for Disease Control reported that there were elevated levels of a known carcinogen, benzene, in the urine of oil and fracking workers. Benzene is associated with higher risks of both breast cancer and leukemia. Not to mention the fact that the University of Colorado School of Public Health found that people living near fracking sites are at higher risk of getting cancer.

A PR puff piece on the Fuelfix.com website suggests that the goal is for each drill bit to spur a bit of soul-searching from the driller who affixes it to a boring shaft before plunging it into shale to shake out some lucrative hydrocarbons. “The hope is that the roughneck who cracks open that container learns a little more about the disease that afflicts 200,000 women per year,” says the piece. Maybe (but this angle isn’t explored in the releases from Baker Hughes) it will remind him to get his urine tested for benzene and, perhaps, think about the connections between the carcinogen in his pee and his day at the rig.

The announcement that the company is painting its bits pink ties in with an annual commitment to the well-known Susan G. Komen charity, to the tune of $100,000, or roughly 25 pink drill bits. (Baker Hughes had revenues in excess of $22 billion in 2013, so this PR is pretty cheap). Painting a bunch of steel drill bits pink versus the traditional gold is a simple act of pinkwashing, but hardly original. Baker Hughes is not the first company to turn to the pink to improve its image. Back in 2012, Chesapeake Energy pulled a similar PR move when it built a pink drilling rig that featured that iconic ribbon.

The Komen organisation itself has been embroiled in its own brand of controversy over the past few years. The largest breast cancer awareness foundation in the world, Susan G. Komen was hit with negative media attention in 2012 when it tried to eliminate $680,000 in funding to Planned Parenthood for breast cancer screenings (it ultimately reversed its decision). This was then followed by further media scrutiny and outrage over how the charity was spending the money it received. Komen raised close to $400 million in 2012, and claims that $69 million of that actually went to research. The Susan G. Komen Foundation spent almost $600,000 in legal fees in 2009 on legal services, and is known for aggressively suing other persons or organizations who try to use the phrase “for the cure” while attempting to raise money for cancer causes.

Interestingly, among the various criteria listed by the Komen foundation for companies seeking corporate partnerships, it says that it cannot affiliate with products which are mandated to warn of an increased risk of cancer. Until fracking comes with a federally-mandated label, I guess pink fracking bits are A-O-K.