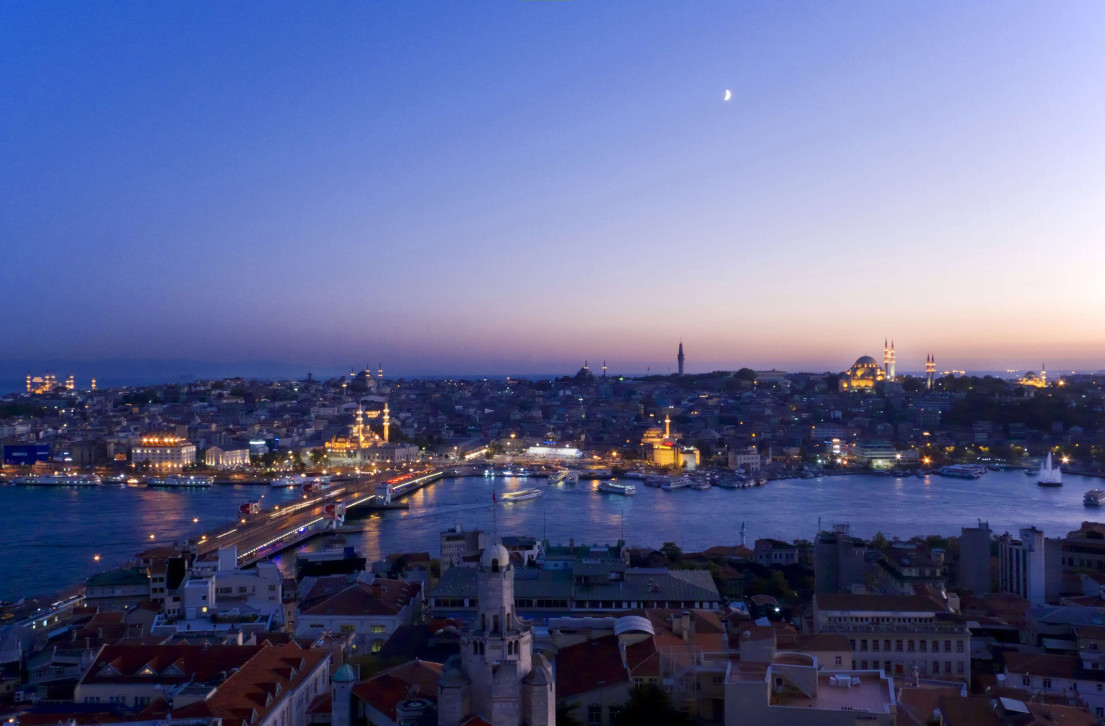 The young, blond woman sitting across me takes a sip from her coffee and starts to talk. “I think my mum saw a future here,” she says. “My parents wanted me to have a better life, and so we moved to Istanbul.”

Anna Andreadi, a 20-year-old law student at Istanbul Kültür University, is one of the many Greeks who have moved to Istanbul to escape their country’s economic slump. She says moving here was not easy, having to leave friends, relatives and her life behind.

“When we came in 2011, I started taking Turkish language courses,” she says, now speaking in fluent Turkish. “At the beginning I was depressed and I wanted to go back. But I said to myself: If I go back, I will have to work in a cafe or a shop. So I thought it is better to stay.” Immigrating to Istanbul has also provided better prospects for her father, a carpenter. Because of the economic crisis, his business was suffering back in Salonika, their hometown. Here in Istanbul, however, the family’s financial situation thrives.

In 1923 there were 150,000 Greeks in Turkey, but pogroms in the 1950s sent almost the entire community packing. Today there are about 2,000, and although the Greek Consulate in Istanbul confirms an increasing trend in Greeks choosing Istanbul as their immigration destination, it could not offer a precise number because newcomers can enter with their EU passports without visiting the consulate.

While Greece’s average income of $22,000 is still more than twice as much as it is in Turkey ($10,500), the country’s economy has been shrinking for six straight years. Turkey’s economy grew by almost 4 percent in 2013 and made 9 percent gains in both 2010 and 2011. Last year, unemployment stood at 10 percent in Turkey, a far cry from the crippling 24 percent jobless rate in Greece. Turkey becomes even more appealing when you factor in the key shortages of skilled workers, pushing employers to recruit outside the Turkish population.

For example, aside from Greek students and academics, Greek doctors and pilots are flocking to work in Turkey. The Health Ministry’s press office tells Vocativ that 24 Greek doctors have started working in Turkish hospitals and that they’ve received hundreds more applications. Turkish Health Minister Mehmet Müezzinoğlu says there are 1,000 Greek doctors learning Turkish in Salonika alone, and that the country would be happy to hire these physicians.

In addition, Turkish Airlines says it has 67 Greek pilots on its payroll, the highest number of foreign pilots working for the company. And more than half of those pilots were hired last year.

Of course, relations between these two countries have never been simple. The Greeks and Turks have been clashing since the Battle of Manzikert in 1071, when the Selcuk Turks invaded Anatolia. For almost four centuries, between the fall of Constantinople in 1453 to the establishment of the Greek state in 1821, the Greeks had no country of their own and lived under Ottoman rule. Tensions between the two countries continued throughout the 20th century, though both are part of the NATO alliance.

Dimitrios Triantaphyllou, a professor of international relations and director of the Center for International and European Studies at Kadir Has University in Istanbul, mentions that there are several reasons why Greeks choose Istanbul. The first has to do with the rapprochement process between two countries, he says.

Greece and Turkey were hostile neighbors for decades because of unsettled disputes over the Aegean Sea and Cyprus, but Turkey’s EU aspirations helped calm down these old tensions.

The second factor for Greeks is proximity. Istanbul is just an hour away from Athens by plane, or about a 10-hour drive.

Dimitrios Triantaphyllou during a conference in 2012

One other factor, Triantaphyllou says, is cultural affinity. “I suppose that in some cases the Turkish soaps on Greek TV have helped break barriers,” he says, “especially among parents letting their sons and daughters come to Turkey and financing their Turkish language courses.”

Also, Istanbul is much more attractive to Greeks because it’s a cosmopolitan city with historical connections to Greece. After all, the Greeks founded Istanbul, and it stood as the capital of the Byzantine Empire for more than a millennium. The city still carries traces of Greek culture—from the lively nightlife to the fishermen along the Bosphorus.

Another sign of the growing migration is the number of small Greek businesses popping up all over the city.

Rena Lialiou, the owner of a small cafe in Cihangir, a trendy neighborhood in Istanbul, is thrilled to be here. “After my first tourist visit I always dreamed about coming and living here,” she says. “The economic crisis made this the right time to come.”

Lialiou, 48, was a secretary at a company in Athens and left everything behind two years ago to start from scratch in Istanbul. “My 25-year-old daughter told me not to go. But I told her that I would succeed in Istanbul, and I did.”

Rena says her pastry business is going well, and when I visited her tiny cafe called Kalimera Cihangir (Good Morning Cihangir), all of her customers were Greeks.

“It was difficult in the beginning,” she says. “But I opened a new chapter in my life, and I never think of going back.”

Everybody I talked to agrees on the friendly attitude Turks have toward Greeks. They say they’ve faced no discrimination or hostility so far.

Triantaphyllou says he feels an affinity from the Turks he interacts with when they realize he is Greek. Of course, Istanbul’s storied multicultural and multifaceted legacy helps.

“Now I see this as my own country,” says Anna Andreadi, the law student.

But don’t the Greek transplants feel any kind of nostalgia toward their homeland? Andreadi sure does. “OK, we left, but Greeks should not leave Greece anymore,” she says. “If everybody leaves, how is the country going to develop?”