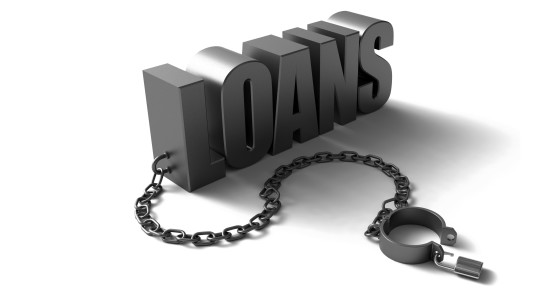 Student Debt Is a Financial Life Sentence
By Mike Spies 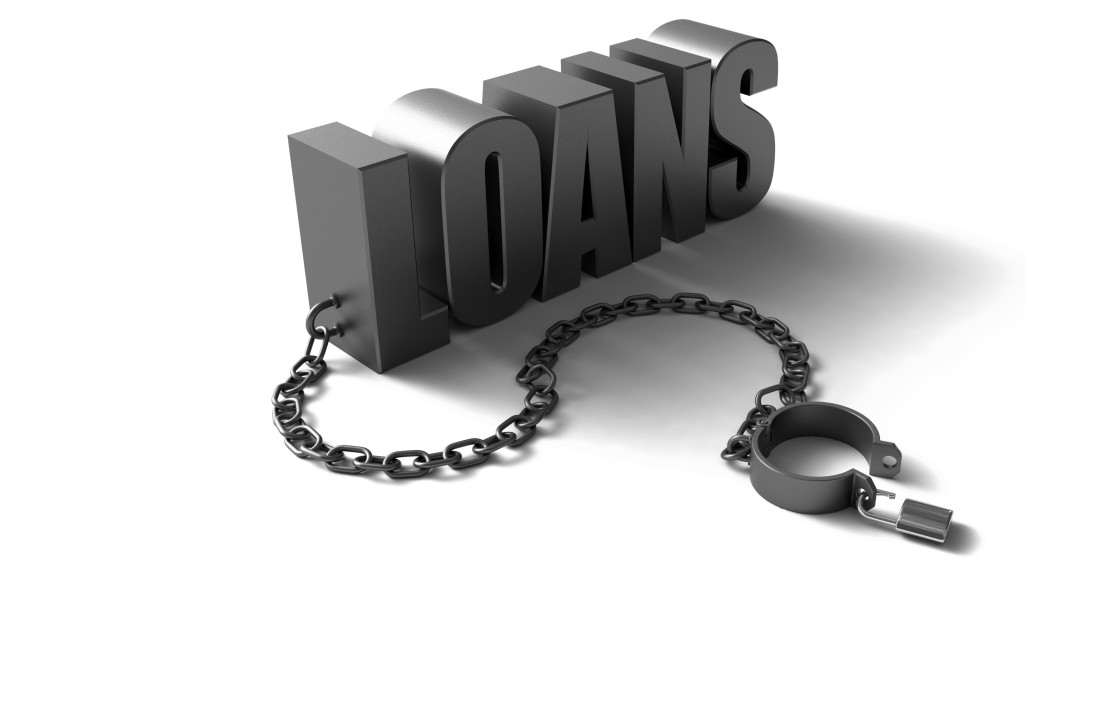 Before Leiha Maldonado was consumed by her student debt, she worked as an executive assistant for a storage company in New York City. The job was stable but offered little chance of upward mobility. She’d graduated high school but only briefly attended college, dropping out after earning a dozen credits. Without a bachelor’s degree, her career prospects were dim. But she had one thing going for her: a lovely singing voice.

Leiha Maldonado hoped to become a music therapist with a degree from Berklee College of Music.

Maldonado’s vocal coaches encouraged her to pursue her talent and apply to the Berklee College of Music in Boston. “The idea was I’d get something out of it,” she recalls. Once she got accepted, she did what most young Americans who need money for school do: She took out student loans, joining a club that has ballooned to 40 million Americans, who are collectively $1.2 trillion in the hole. And for many of them, there’s no way out. Unlike mortgages, medical bills, credit card debt or gambling losses, student loans, regardless of circumstance, can almost never be wiped away.

Maldonado endured endless calls from collection agents. "They'd attack my character. They'd ask 'What kind of a person are you?'"

Maldonado grew up in New York City, first in Manhattan’s Lower East Side and then in the Brooklyn neighborhood of Park Slope. Her father worked as the super of the buildings in which they lived, drawing a small salary, and her mother left the family when she was young. Neither parent had any experience with college loans, and when the time came to put together a plan for Berklee—which can cost over $42,000 a year—there were no officials around to offer Maldonado guidance, either. “No one ever talked to me about repayment,” she says. “Even a conversation about affordability—it did not exist.”

First Maldonado took out federal loans, which have a borrowing limit of $57,500 for undergraduates. When it became apparent she’d need more money, she turned to private creditors, who are not inhibited by caps but lend at much higher interest rates that can reach 13 percent. One such creditor was Citibank, from which she ultimately received $90,000. The bank required her father to cosign for the loans. “He asked me, ‘Are you gonna pay these back?’” Maldonado remembers. “I said, ‘Of course.’ I never anticipated that I wouldn’t be able to.”

Her other private loans were taken out through a guarantor, a nonprofit called The Education Resources Institute (TERI) that went bankrupt in 2008. Like the subprime lenders who facilitated the mortgage crisis, TERI did not account for Maldonado’s earning potential, and checked only the last two years of her credit history. Even so, they found a bank to make a loan. “The consistent approvals bolstered the general feeling that I was successful and would become more successful once I had an undergraduate degree,” Maldonado says.

"I never anticipated that I wouldn't be able to [pay back the loans]," says Maldonado.

After completing five years of classwork in 2008 while working part-time jobs on nights and weekends, Maldonado received a bachelor’s in music therapy, thinking she might earn $60,000 a year. “It seemed much more sustainable than music engineering or performance,” she says. “You have a job you go to every day. You get insurance.”

Except that turned out to be wishful thinking. Maldonado had acquired roughly $200,000 in student debt, the economy was in free fall, and even in a good market, music therapy is a niche industry. She quickly realized she was in trouble. For a time in 2009, she held two jobs, as a recreational specialist at a nursing home and a switchboard operator at a law firm. Her income at the end of the year was $29,694.

Meanwhile, Maldonado was supposed to be paying back her loans. The government allowed her to defer payments—while interest accrued, naturally—but her private lenders were less forgiving. For several months, she alternated between receiving temporary forbearance and making monthly payments on the interest alone. Then the private lenders grew impatient. They were asking Maldonado to pay thousands of dollars a month, money she obviously did not have. In an effort to bring in more income, she increased her hours at the law firm and quit the nursing home, the job that at least had a tenuous connection to her schooling. But the effort was futile. She defaulted on every one of her private loans, and in 2011 when Maldonado earned $36,693—the most she’s ever made in a single year—she also filed for Chapter 13 bankruptcy.

The court agreed to give her a five-year reprieve, during which time she would make a monthly payment of $130 to a court-appointed trustee. The trustee would then evenly distribute the money among Maldonado’s many creditors, who were legally barred from contacting her. Even though interest would continue to build, it was a huge relief. For the last few years, she’d endured endless calls from collection agents. “They’d try to attack my character,” she says. “They’d ask, ‘What kind of person are you?’”

The agents also harassed Maldonado’s father, who broke off communication with his daughter after the bankruptcy filing. He’d remarried and moved out of state, and Maldonado’s creditors were threatening to take the house he’d recently purchased with his wife. When Maldonado says he called her for the last time, he asked, “What are you trying to do, ruin my marriage?”

At this point, Maldonado should have had a genuine opportunity to clear her student loans. It was evident she’d never be able to pay them back, and it could hardly be argued that she was trying to game the system. She could have filed a separate lawsuit within Chapter 13, called an adversary proceeding. In principle, this means suing both private lenders and the U.S. government. Such litigation can cost as much as $50,000 in lawyer fees, a sum far beyond the reach of anyone deep in student debt. And even if one can find a lawyer to work pro bono, there is still the obstacle of proving “undue hardship,” a precondition that is almost deliberately vague and essentially insurmountable. According to the criteria, a debtor must prove that she is unable to maintain a “minimal standard of living” while paying back her student loans, that she’s made at least a good faith effort to do so and that her situation is likely to persist for some time.

The sad irony is that Maldonado's college degree, rather than expand her opportunities, has irreversibly narrowed them.

Of course, almost no one can satisfy all three requirements, so almost no one bothers to even try. People like Maldonado will never have the opportunity to make a good faith effort, and a “minimal standard of living” is an entirely subjective idea. But most problematic is substantiating the claim that one’s difficult circumstances will continue to persist. For instance, Beverly Pencek, a woman in her 60s in northern California, was a chiropractor until she suffered a nerve injury that made her job impossible and would likely affect her for the rest of her life. She still owed over $100,000 in student loans for a medical degree, but had lost her ability to pay it back. When she attempted to discharge her debt through an adversary proceeding, the court ruled against her on the grounds that she could simply switch professions. Now 63, Pencek is broke and living with her 90-year-old parents in rural Pennsylvania.

None of this is particularly fair. As it exists now, there’s no incentive for lenders to negotiate with honest, struggling borrowers. Especially private lenders who, unlike the government, reserve the right to assess creditworthiness and can set interest rates without limit. At the same time, there’s also no incentive for lenders not to hand out loans. In an environment where repayment is non-negotiable, the impulse is to loan as much money as possible to whoever asks for it.

Meanwhile, in two years Maldonado’s reprieve will be over, she’ll be deeper in debt and the collectors will start calling again. Now 36, she’s unemployed and lives with her boyfriend in East Boston. In March the couple had their first child. “I want to go back to work,” she explains. “But babysitting rates and infant care are too expensive. I haven’t found a job I can afford to take.”

The sad irony is that Maldonado’s college degree, rather than expand her opportunities, has irreversibly narrowed them. “I’ll file Chapter 13 for the rest of my life,” she says. “If I want a chance at having a life, that’s what I’ll have to do. I’d have to do it till my last day on earth, unless I win the lottery, which I don’t play. I’d have to decide whether to take care of my kid, or pay back my loans.”