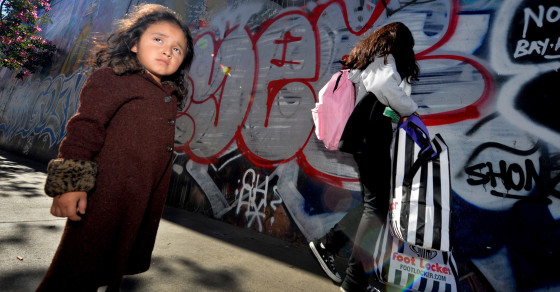 The Recession May Be Over, But More Kids Are Hungry
By Elizabeth Kulze

The Recession May Be Over, But More Kids Are Hungry

When we talk about the fallout from the 2008 recession, the discussion typically focuses on chronically unemployed parents or debt-ridden college graduates. What we don’t often hear about are the young children who have suffered as their parents came up against hard times. And even though the recession has technically come to an end, it continues to adversely impact several areas of children’s lives, according to a study by First Focus, a bipartisan children’s advocacy organization, and PolicyLab at the Children’s Hospital of Philadelphia.

The researchers looked at four key areas of child well-being—health, hunger, housing, and abuse and neglect—and found that while some federal programs, such as the Children’s Health Insurance Program, helped to mitigate the recession’s effects, children continue to face many challenges. Here are a few of the key findings provided by the report:

“Economists say the recession is over, but five years later, it’s still impacting millions of children,” First Focus President Bruce Lesley wrote in press release about the report. “The question for Congress is this: what are you going to do about it?”