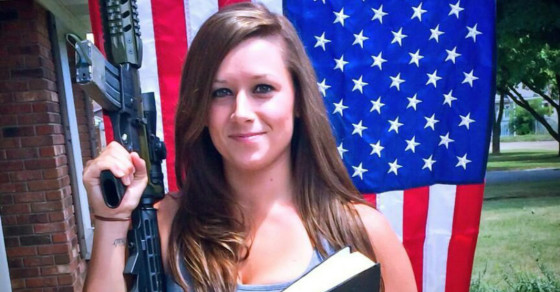 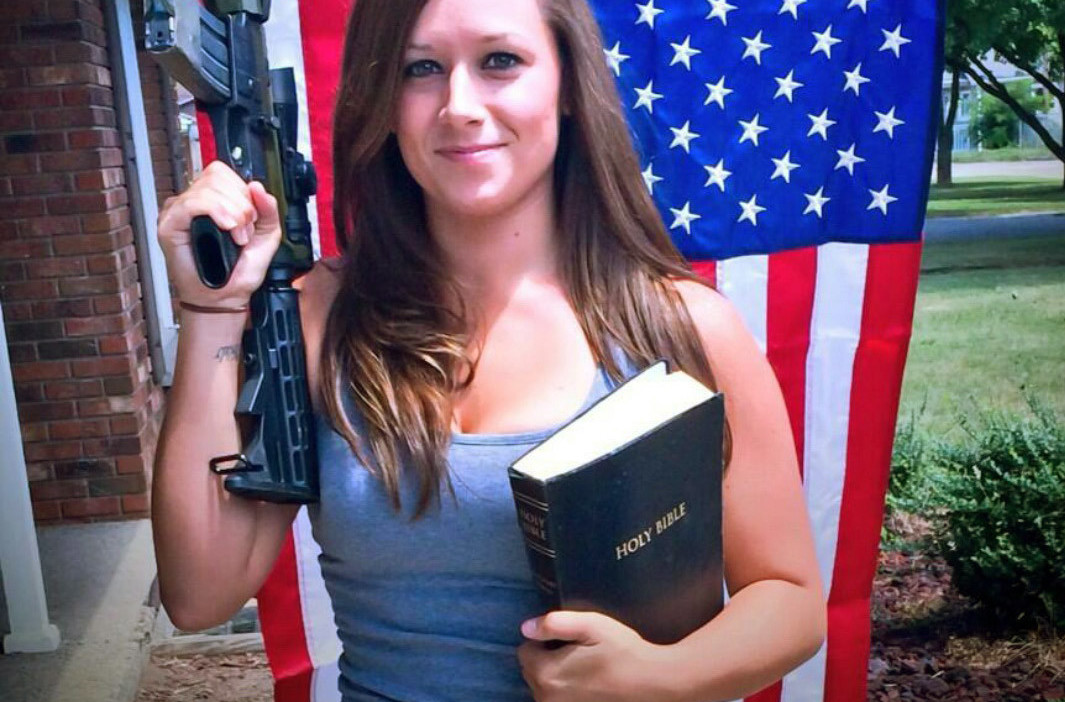 Earlier this year, West Virginia mom Holly Fisher tweeted a photo of herself wearing a pro-life T-shirt and holding a drink from Chick-fil-A in front of a Hobby Lobby—on the same day the Supreme Court ruled in the controversial Hobby Lobby case. From liberals, she got death threats; from conservatives, she got props.

ATTENTION LIBERALS: do NOT look at this picture. Your head will most likely explode. #HobbyLobby #UniteBlue https://t.co/uAIZji25vS

Fisher blew up on social media, and media outlets, including Fox News, courted her for interviews. Since then, she has launched Twitter rants about everything from Obamacare to same-sex marriage. On Thursday, she had a new whipping boy.

With fast-food strikes in more than 100 cities aimed at boosting the minimum wage to $15 an hour, people are lighting up Twitter with their opinions on the movement. Some think it’s a well-deserved raise for working-class people, while others argue that if businesses have to pay their workers more, they’ll simply increase their prices.

But Fisher, a military wife and mom, has taken an economic debate and turned it into a screed. The gist of her tweets: Fast-food workers don’t deserve a wage increase. Fisher sent a blitz of tweets (@HollyRFisher) to her 50,000 followers during the protests—with many of her remarks focusing on fast-food workers themselves, calling them whiny and lazy, and telling them just to work harder.

It would be amazing if we could all pack Happy Meals for a living and still be rich, but this isn't Fairyland. #economics #StrikeFastFood

Kinda looking forward to the day when I can order my quarter pounder w/cheese on a machine that doesn't roll its eyes at me. #StrikeFastFood

Imagine a world where all the folks who cry for more entitlements put as much effort into trying harder as they do whining. #StrikeFastFood

"I don't want to try harder to better myself, I just want to cry until someone gives me more." - #StrikeFastFood participants everywhere

Mcdonald's tastes best when all the workers are outside crying. #StrikeFastFood

But again, this isn’t out of character for Fisher.

Biggest complaint I'm getting about my #HobbyLobby pic is there's no gun, bible, or flag. Tried to make up for it https://t.co/YneQ9Dkkxi