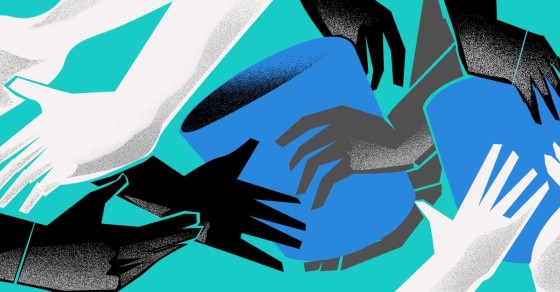 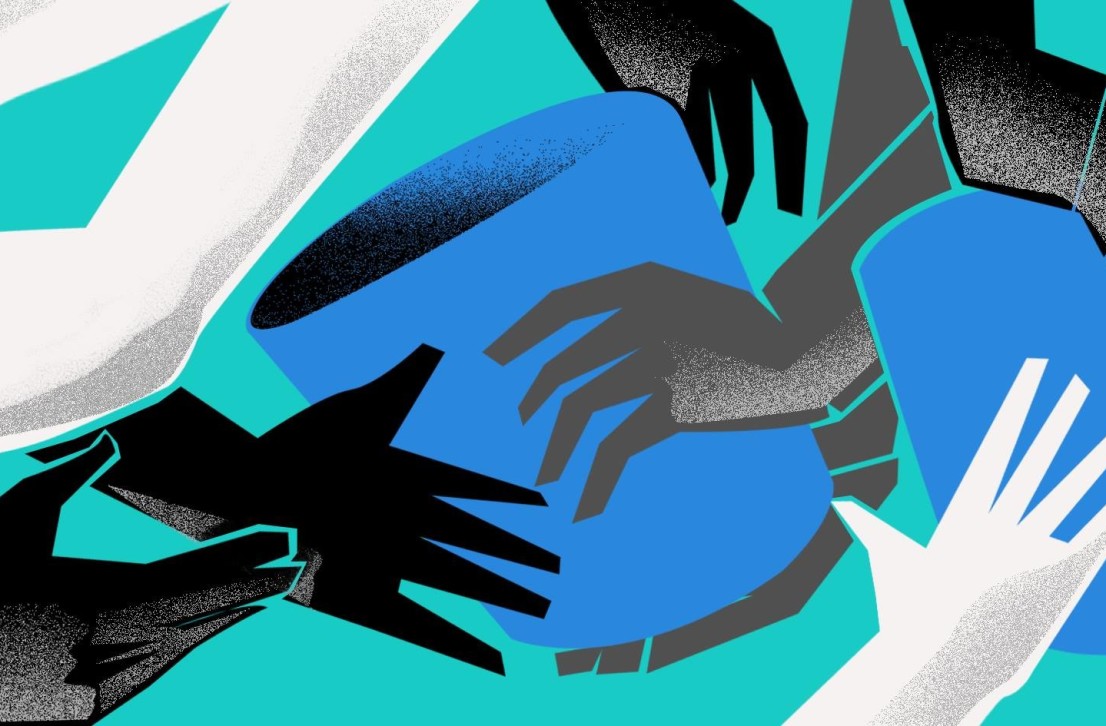 When a contractor from Detroit Water and Sewerage Department visited the city’s leafy Cherry Lawn neighborhood this May, Herman Davis confronted the waterman. Davis, Detroit’s Board of Education president, was outraged that the worker was shutting off water to dozens of households in the area.

“I asked if notice had been given to the persons who had their water cut off, and the contractor said, ‘That’s not my job,'” Davis recalls. “He said, ‘I’ve just got a list to cut these people off.’”

The DWSD has been cracking down since March on thousands of residents who are unable to pay their bills. The Detroit People’s Water Board, one of a handful of advocacy groups fighting the move, notes that the city has seen water rates more than double over the past decade, while the city’s poverty rate has risen by more than 40 percent. The result: Running water is now out of reach for some 150,000 households in Detroit. The Detroit City Council voted last week to increase water rates by another 8.7 percent.

A third of the city’s 688,701 residents have already experienced a shutoff, and the number of households that went without running water in May for at least a day totaled 137,659, according to the DWSD. Residents were left without water to drink, cook, flush toilets or take a bath.

The crackdown can be traced back to Detroit’s financial woes. The city filed for bankruptcy last year, saying it couldn’t pay back back the $18 billion it owes. In an attempt to refill the city’s coffers, officials have slashed public services, sold public property and even attempted to auction off the city’s art collection. Now the DWSD, which itself is $5 billion in the red, is trying to recoup a reported $175 million in unpaid water bills.

Even the fist agrees! MT @joelouisfist: Water shut-offs make me wanna punch someone. Keep the water on. https://t.co/EsiimY3TZV 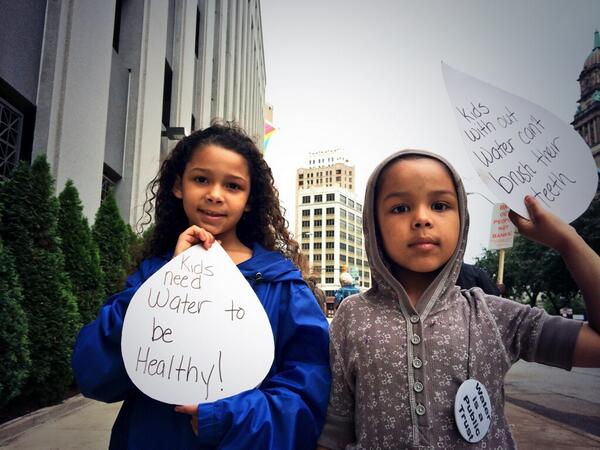 “We’re definitely shutting off people who are not paying their water bills,” DWSD spokeswoman Curtrise Garner tells us. “We are aggressively moving forward with that.”

The move has caused an uproar.

“It’s difficult to think about [people] in this country not having a basic thing like water,” says Mary Honsel, executive director the advocacy group Crossroads of Michigan. Honsel says that ever since the water company flexed its wrench, thousands of city residents have struggled to survive.“I think some of them go to their neighbors and get a bucket of water to flush the toilet. It’s not very hygienic.” 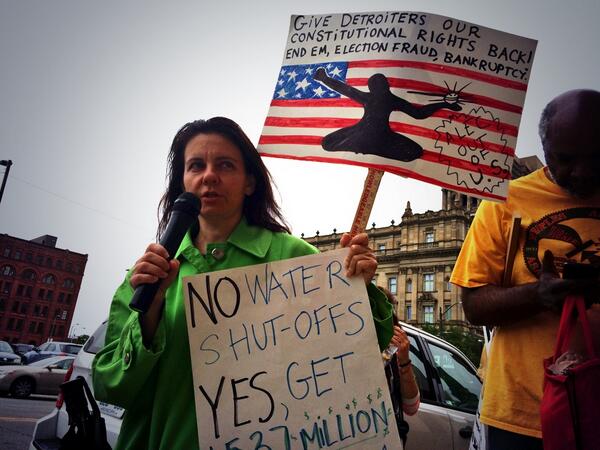 Ann Rall, a longtime volunteer for the Michigan Welfare Rights Organization, says the water shutoffs have created what she calls “total inhumanity.” She mentions how school teachers are helping unkempt children take showers and utilize school laundry facilities. Rall believes there are plenty of other horror stories out there, but that people have been reluctant to come forward and seek help from organizations like hers that can assist those in need. “There is such a huge amount of shame around this,” she says.

Now Michigan Welfare Rights and other activist groups are pushing for U.N. intervention. They submitted a report to the Special Rappoteur on Human Rights to Safe Drinking Water and Sanitation on Wednesday alleging that the city’s water shutoffs are racially biased and have forced families into homelessness.

“The burden of paying for city services has fallen onto the residents who have stayed within the economically depressed city, most of whom are African-American,” the submission notes.

Just today three UN experts came out publicly to condemn the city of Detroit for its bugling of human rights by going ahead with widespread water shutoffs and demanded a reversal.

“Disconnection of water services because of failure to pay due to lack of means constitutes a violation of the human right to water and other international human rights… The households which suffered unjustified disconnections must be immediately reconnected.”

Putting the blame on the shoulders of average citizens is uncalled for, says Meeko Williams, who heads the Detroit Water Brigade and The After Party (an offshoot of Occupy Wall Street).

Williams likens the water shutoffs to a “genocide” and has started a wedding registry on Amazon asking for support to buy items like coolers, bulk water bottles and water filtration equipment—the sort of gear one would expect NGOs to deliver in sub-Saharan Africa.

Kevin Boyle, a Detroit native who teaches history at Northwestern University, is astonished that basic necessities have become bargaining chips in the city’s effort to yank itself out of debt.

“When you’re talking about peoples’ lives, water is pretty fundamental,” says Boyle, “so cutting it off means basic stuff we need to live is now on the table.”