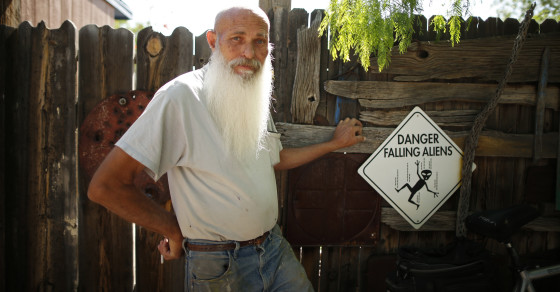 Beam me up, Scotty.

That’s exactly what the engineers at Spaceport America did in 2007 with the cremated remains of actor James Doohan, who played Scotty in the original Star Trek, for their first successful rocket launch by private spaceflight corporation UP Aerospace. They shot the ashes of Doohan, astronaut Gordon Cooper and 200 other people straight into suborbital space from the desert in New Mexico.

The spaceport didn’t officially open until 2011, after the likes of Richard Branson (Virgin America) and Elon Musk (SpaceX) poured hundreds of millions of dollars into the brand-new facilities. Branson’s Virgin Galactic plans to launch the first commercial suborbital flights into space from the port later this year.

As if spaceflight needed an extra novelty factor, the dreamers and engineers behind Spaceport America chose a quirky spot as its site: the desert basin near the tiny town of Truth or Consequences, New Mexico. Now sit back and take a tour of the road to infinity and beyond.