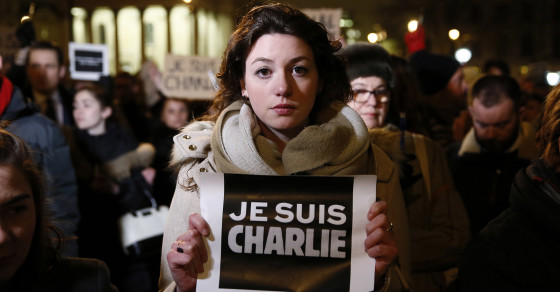 The World Hits The Streets For Freedom Of Speech

Thousands of people around the world stood in solidarity with the slain Charlie Hebdo journalists and their colleagues on Wednesday night after the tragic massacre of 12 people at the French satirical magazine’s offices. From Sydney to London to Washington, D.C., people attended vigils, holding signs that said, “Je Suis Charlie,” proudly announcing that they supported the rights of satirical writers to create what they want without living in fear. Among those killed were four of the magazine’s highly celebrated cartoonists, including its editor.