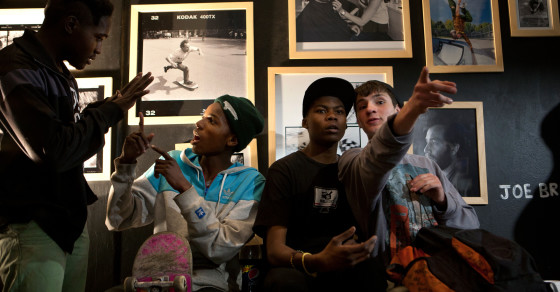 Two decades after the end of Apartheid, the South Africans born in the few years following the 1994 election of Nelson Mandela have been nicknamed “Born Frees,” children born free from the oppression of Apartheid.

They were the first of the new generation that has no direct memory of Apartheid. They do not remember the humiliation, exclusion and poverty that black South Africans endured; how black men and women were forced to produce their passbooks to walk around in the city or face hard labor in prison or on white farms; nor were they compelled to live in crowded impoverished townships or work for exploitation wages simply because they were black. They never knew political activists who were tortured and killed by the secret police, disappeared without trace or fled the country into exile; or how young white men were forced to join the army and brainwashed to attack their fellow South Africans.

To many of the Born Free generation, the experiences of the older generation are old stories in history books now. They are now becoming young adults with glittering dreams. Rich or poor, they have the confidence of their youth. Seven young Born Frees talk about what it means to be free.