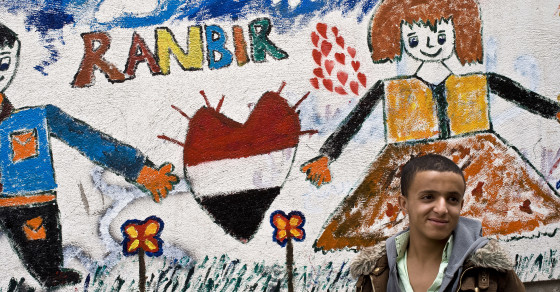 Al-Qaeda militants killed photojournalist Luke Somers on Friday during a failed rescue mission by U.S. commandos in Yemen. Apparently, his captors executed Somers once the strike force — comprised of Seal Team 6 and other special forces members — lost the element of surprise The 33-year-old had been held by al-Qaeda’s Yemeni franchise since his capture in that country in September 2013.

This was obviously a tragic and brutal end to the photojournalist’s life — but he leaves behind thousands upon thousands of photos taken in Yemen in the aftermath of the country’s 2011 uprising.

Somers followed his heart and gut, reporting on stories that weren’t necessarily popular with the press. As Tom Finn quotes Somers’ colleague Alex Potter at Middle East Eye, the photojournalist, “wasn’t interested in mainstream news stories about al-Qaeda and terrorism, even if they were easier to sell. He felt there were more pressing stories to tell.”

These stories included underreported events like a kids’ bowling championship, students painting murals on a wall in Sana’a with bullet holes all over it and a drawing competition among orphans. As it was often hard for Somers to sell his photos, he posted thousands of them to Demotix, a website for freelance photographers. Here, we’ve selected the best of his work available on Demotix — photos that allow him to talk even after his untimely death.