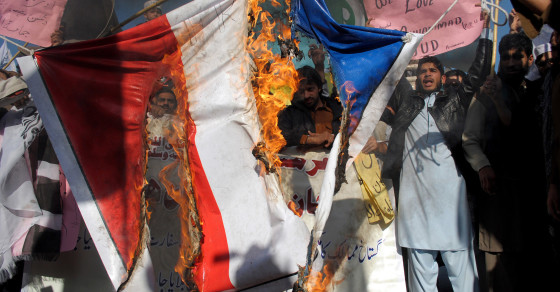 Protests in Pakistan, Turkey, India and elsewhere flared on Friday after French satirical magazine Charlie Hebdo published its first edition since the attack on its offices. The cover, which depicts a crying Prophet Muhammed, prompted demonstrations across the Muslim world by those offended by the images.

An AFP journalist was shot on Friday during protests in Karachi, Pakistan, as police opened fire on protesters who were attempting to reach the French embassy in the city. Elsewhere, French flags and a depiction of Israeli Prime Minister Benjamin Netanyahu were burned in the street. Netanyahu was one of the most prominent world leaders to attend the massive march last Sunday in the wake of the attacks in Paris.