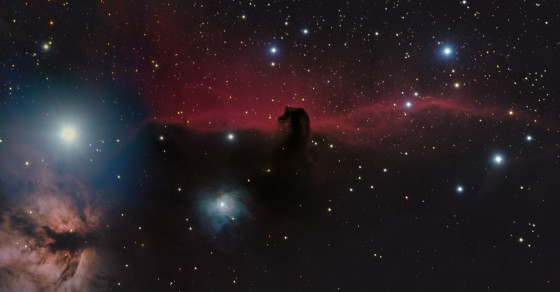 Award-Winning Astronomy Photos Make Space Geeks of Us All

“Space is big. Really big.” And every year the BBC and Royal Observatory Greenwich in London honor the mere mortals who have successfully captured its vast, awe-inspiring beauty in some very cool photographs.

British photographer James Woodend has won the title of Astronomy Photographer of the Year 2014, beating out thousands of amateur and professional photographers to secure the top prize of 1,500 pounds. His image, “Aurora Over a Glacier Lagoon,” takes the pride of place this morning in the exhibition of winning photographs at the Royal Observatory Greenwich.

Woodend’s photo of a green aurora captured at night in the glacial Jökulsarlon lagoon of Iceland’s Vatnajökull National Park left the judges stunned. “This is the first time a photo of the Northern Lights has actually won the Astronomy Photographer of the Year prize,” says competition judge and Royal Observatory Public Astronomer Dr. Marek Kukula. “We were all completely in awe of the colors and symmetry of James’ shot.”

Winners in other categories include a photo of Earth taken by American photographer Patrick Cullis from 87,000 feet above the ground with the help of a high-altitude balloon launched from Boulder, Colorado; a figure silhouetted against a Kenyan skyline with a rarely seen hybrid solar eclipse, taken by Eugen Kamenew of Germany; and the Horsehead Nebula standing out against the red glow of the background emission nebula, 1,500 light-years from Earth, taken by 15-year-old American twins Shishir and Shashank Dholakia.

“We’re always astounded by the skill of the photographers,” says judge, space scientist and BBC’s The Sky at Night presenter Dr. Maggie Aderin-Pocock. “The Deep Space category, where the entrants have been able to capture such amazing details of objects light-years away and are almost on par with images taken by the Hubble Space Telescope, never fails to impress.”

The Astronomy Photographer of the Year competition received over 2,500 entries from 51 countries this year. The exhibition of winning images is open to the public until Feb. 22, 2015.