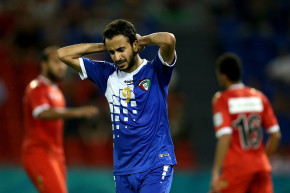 For the first minute of a match between Kuwait’s top two soccer clubs, Al-Arabi and Al-Qadsia, everyone stood still. The referee blew his whistle, but the players did not play.

The act was to protest Kuwait’s sporting isolation, reported InsideTheGames.biz, as continued government interference in national sporting organizations prompted suspension from both the International Olympic Committee and FIFA in 2015. As a result, Kuwait is not eligible for international competitions or for sports development funding from either body. How dramatic is the intrusion? Ten months after the suspensions, the government fired the boards of directors for both its domestic soccer and Olympic bodies.

This stems from government legislation meddling in the country’s sporting affairs and holding the power to dissolve sports associations and federations. There have been reported allegations of match-fixing in support of “certain clubs” and 22 referees have resigned because of the “management of certain competitions.” An account from Inside World Football cited “disarray” in domestic soccer, with fighting between players and coaches over allegations of “dubious refereeing.” Kuwait’s soccer and Olympic offices were reportedly seized by the government last fall.

After Arabi lost an appeal over an opponent using a suspended player, club vice president Abdulaziz Ashour told the Kuwait Times in December, “We are convinced that honorable people in Kuwait’s sports scene have become fewer and therefore we officially announce [we are] withdrawing from the League.”

The Asian Football Confederation, to which Kuwait belongs, used damning phrases such as “deteriorating rapidly,” “alarming decline,” and “irreparable damage” to describe the state of affairs “with the very infrastructure of the game being threatened,” the AFC said in a statement. “Fears persist that at least one generation—possibly two—could have lost their opportunity of representing their teams and country in top level competitions—like the AFC Cup final, the AFC Asian Cup UAE 2019 and even the FIFA World Cup in Russia in 2018.”

As always when there are squabbles in sporting governance, the athletes suffer most. The Kuwaiti national soccer team has no chance to compete globally, and several Olympians couldn’t compete under their own country’s flag at the 2016 Games in Rio. When Fehaid Aldeehani won a gold medal in men’s double trap shooting, the IOC flag was raised and IOC anthem was sung, rather than the ones belonging to his own country—where he’s an army officer. Reportedly asked to carry the IOC flag in the Opening Ceremony, he declined.

“I am a military man and I will only carry the Kuwait flag,” Aldeehani said then. “I cannot carry the IOC flag.”

Kuwait’s appeal for reinstatement to the IOC was rejected, with the latter body claiming in a letter that a June 2016 amendment “increases significantly the power of the government authorities to interfere with the internal operations,” the IOC wrote. “. . . We have noted with great disappointment that it has been decided to issue a new law—without any prior consultation with the sports organizations—which in fact is aggravating the situation.”