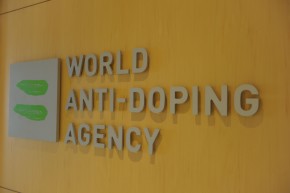 This is getting good

The best idea to combat performance-enhancing drugs in sports is remarkable in its simplicity. The mission, espoused in a recent United States Olympic Committee position paper, is to take governance of drug monitoring programs away from groups and individuals with a vested interest in the success of particular athletes and teams.

The paper’s bolded words calling for a “clearly independent anti-doping body with overriding global authority” is hardly novel, but its implementation is long overdue.

The president of the World Anti-Doping Agency, for instance, is Sir Craig Reedie, who remains a member of the International Olympic Committee, although he recently abdicated a vice presidency with that group—that’s only mild progress. WADA’s 12-member executive committee includes other national Olympic officers and sport federation chiefs.

The consortium of national anti-doping agencies followed the USOC’s lead with its own proposed reform, seeking to eradicate  “the fundamental conflict of interest that exists when anti-doping decisions are controlled by sport organizations.”

The USOC and USADA, it should be made clear, are not affiliated. The USOC is the group marketing Olympians and cashing in on sponsorship deals; what makes the position paper such an important precedent is the source more than the message.

Tygart, an outspoken anti-doping advocate who doggedly pursued USADA’s case against Lance Armstrong, pithily summarized the position at WADA’s Annual Symposium this week, saying the same groups “can’t both promote and police.” He understands that the anti-doping crowd will be intrinsically unpopular if it is to fulfill its mandate, adding, “We’re just living in the trenches, making really tough decisions in situations that no-one would want to find themselves in.”

Reedie, meanwhile, defended WADA by saying the potential for conflict of interest “ceased absolutely” when he relinquished his VP position, saying of the IOC and WADA, “We work together.”

To be clear, the USOC wants to strengthen WADA “with greater authority, independence and funding.” Among its proposed new powers is to grant autonomy for “checking and certifying in-country anti-doping organizations and laboratories, and the ability to sanction non-compliant organizations, as well as jurisdiction and rules to address failing national anti-doping systems.” In other words, let’s try to stop another Russian doping crisis.

When the WADA-commissioned McLaren Reports exposed the “institutional conspiracy” of Russian doping—which even president Vladimir Putin finally lent some credence to—no group was equipped to take action against an entire national Olympic contingent after the IOC washed its hands and delegated sanctioning to each sport’s federation. That seemed like a major oversight not to have accounted for systemic cheating because it’s not a new phenomenon (see: Germany, East, circa 1970s).

WADA is already preparing to be that watchdog, having placed Günter Younger as the Agency’s new director of intelligence and investigations; WADA gained the authority to initiate probes under the 2015 World Anti-Doping Code. Younger has already told the Guardian that he intends to expose other national drug cheat programs, saying, “I fully agree that it can’t be just Russia.”

This all sounds like progress toward cleaner sport and the USOC’s stance is eminently reasonable. So of course it probably won’t happen.