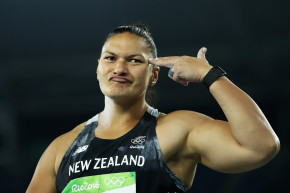 Track and field’s governing body, the International Association of Athletics Federations, has already been beset with allegations of bribery, corruption, and blackmail related to doping and is reportedly now also under investigation by French authorities for improper awarding of five consecutive world championships.

The BBC reported in 2015 that there was an inquiry into the 2021 event in Eugene, Oregon that circumvented the typical assignation process, with IAAF president Sebastian Coe having maintained business ties with Nike—whose global headquarters are, of course, in Oregon—during the early part of the bidding.

Now comes an account from Reuters indicating that the probe has widened to include the four preceding events—the past two meets, in Moscow (2013) and Beijing (2015), as well as the next two, in London (2017) and Doha (2019)—in addition to other investigations into cash-for-vote schemes for the 2016 Olympics in Rio and 2020 in Tokyo.

“Six current or former members of the International Olympic Committee are suspected of receiving payments in exchange for their votes on sporting events,” the source told Reuters.

The Independent added that the investigation could date back even farther to the World Athletics Final that Stuttgart, Germany, hosted annually from 2006 through 2008.

Corruption in international sport is hardly new, but this report should still register for its alleged breadth of systemic bribery. And the IAAF claims it could re-award world championships, a spokesperson told InsideTheGames.biz, if the allegations are true that the “bidding process for future events has been tampered with, we will review and, if required, rebid”.

At the center of the probe are the father-son pair of disgraced former IAAF president Lamine Diack and his IAAF marketing consultant son Papa Massata Diack. Lamine Diack was arrested by the French in 2015 and is facing charges of corruption and aggravated money laundering; Papa Massata Diack, who was banned for life from the IAAF for his work in covering up some doping charges, is said to have received $1.5 million from a Brazilian businessman three days before the vote to grant the 2016 Games, per a report in Le Monde. Papa Massata Diack has been called a Keyser Söze figure by the Guardian for his work in the shadows of international sport decision-making. Both Diacks deny all charges, as does former Namibian sprinter Frankie Fredericks, another IOC official who recently stepped down as 2024 chair.

So too has the Oregon group claimed that there was nothing untoward about its world championships award.

“We are very proud of and stand by our bid,” Vin Lananna, president of the Eugene bid, told the Oregonian in 2015. “We are 100 percent confident that there was nothing outside of what are the norms for an IAAF bid.” More recenty, USA Track and Field spokesperson Jill M. Geer wrote in an email to USA TODAY Sports, “We are unaware of the investigation. USATF’s role in the 2021 bid was focused exclusively on promoting the merits of the bid and the United States as the host. We are unaware of anything inappropriate in relation to the bid.”

At least there’s been a sense of decorum throughout. Papa Massata Diack’s emailed reply to Le Monde was, “Good luck for your article !” After Fredericks threatened possible legal action against the French newspaper if anything defamatory were printed, he signed off, “Kind regards, Frank.” So international sport may be remarkably corrupt, but it’s polite.