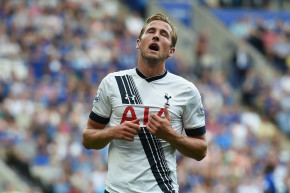 According to a Spurs fan, club director Donna Cullen cited some vague, noncommittal reasons like “some elements of substructure” and, more or less, “Why you bringin’ up old stuff?” in her response to a private email exchange. Cullen’s most dubious, yet direct reason: an alleged 20 percent increase on foreign construction goods prices resulting from Brexit’s impact on the exchange rate and labor costs.

If you squint your eyes extra tight, Brexit’s effect on stadium costs makes sense. The UK is struggling with a construction labor shortage. Based on statistics quoted by British law firm Shepherd and Wedderburn, the construction industry relies on aging laborers—close to 40 percent of construction sector workers are over the age of 50. When all the old dudes retire, someone’s gotta take their place.

This labor could be taken over by, say, gallant European Union nationals (who already make up about 10 percent of the construction industry) eager to take on these new roles. Immigrants already form about 10 percent of the construction industry and foreign workers are swiftly filling construction roles. Sounds logical enough, but remember: Brexit. The well-chronicled nationalist verve fueling the Leave vote doesn’t lend itself to an optimistic and welcoming immigration policy. Not that we Americans would know anything about that dynamic. (I’m sorry, you must excuse me while I finish sipping this Earl Grey.)

Regardless, a lot has to happen to double the cost of a stadium over the last seven years, leaving us asking questions about how Cullen and Tottenham are going about their maths.

For example, how does club chairman Daniel Levy’s failing bid to secure a lucrative, £400 million naming-rights deal for the stadium factor into the production costs? (And hey, whaddya know, that figure just so happens to match the original projections from seven years ago!)

What about the £27 million in public funding former London mayor Boris Johnson apparently promised to Levy? A leaked email obtained by the Evening Standard revealed Levy’s frustration with Mayor Sadiq Khan and his current administration’s evident disinterest in publicly funding his project. Which is fine, because as my colleague Robert Silverman has reported ad infinitum, public financing your expensive dome is a scam.

Oh, and though some analysts are pessimistic about the future of the construction industry, it’s bounced back mightily since the initial referendum dip. There hasn’t been a significant change in the industry’s near-term outlook, Brexit and all. The stadium is still set to open for the 2018-19 season.

So, why £800 million? I’m not sure, but scapegoating your eminently scapegoatable xenophobic countrymen probably isn’t the answer.