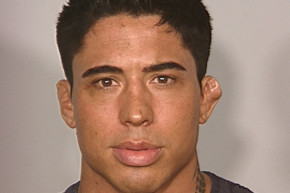 The trial of mixed martial arts fighter Jonathan Koppenhaver, charged with 34 felony counts including attempted murder and sexual assault, began in Nevada on Monday. In 2014, Koppenhaver was arrested for allegedly brutalizing his former girlfriend, adult film actress Christine Mackinday, but as part of his defense, his attorney argued that Mackinday’s “rape fantasies” made it impossible for Koppenhaver to understand that a line had been crossed.

Via the Las Vegas Review Journal:

Defense attorney Jay Leiderman said Mackinday often shared “rape fantasies” with Koppenhaver, and she wanted to be surprised in sexual encounters. “Public discussions about sex and rape were commonplace” in the relationship, the lawyer said. […]

“Ultimately, the two of them were swallowed up by the personas they had created for themselves,” Leiderman said.

In August 2014, Koppenhaver, who changed his legal name to War Machine in 2008 and had been found guilty of multiple counts of assault and had been incarcerated prior to the night in question, allegedly entered Mackinday’s residence. There, he discovered her asleep in bed with her then-boyfriend, Chase Thomas and allegedly proceeded to administer a two-hour-long, brutal attack, leaving Mackinday with 18 broken bones, a ruptured liver, a swollen, misshapen face, broken teeth, and several knife wounds.

On Monday, Thomas testified he too was badly beaten by War Machine. According to Lawnewz.com, jurors heard the recording of Mack’s 911 call, but the only audible portions were repeated screams from Mackinday, begging War Machine to “Let go of him!” and “You’re going to kill him!”

Mackinday posted her account of the assault on Twitter, writing, “I believed I was going to die,” and including photos of her recuperating in the hospital. [Warning: graphic and stomach-churning images]

In January, the presiding judge ruled that the question of Mackinday’s purported “rape fantasies” would be allowed. When asked by his attorney, “Do you ever recall stating to Mr. Koppenhaver that ‘real men rape’?” Mackinday replied that it was a frequent statement made by Koppenhaver, and that while she’d repeat the phrase back to him, an actual, consensual exploration never occurred. Rather, “That was a joke between us,” she said.

“I did actually ask him to play out a rape fantasy one time,” said Mackinday. “But it never came to fruition.”

Mackinday called the idea a personal “role play” and “fetish” in which a “very specific set of guidelines and rules would be set down and laid out before the acts are actually done, for safety reasons and consent reasons.”

She added, “I wouldn’t want to have an actual rape happen.”

War Machine’s attorney Sua said that even when she wasn’t acting as on-screen seductress Christy Mack, the accuser showed the “desire, the preference, to acceptability towards a particular form of sex activities that were outside of the norm.”

HBO’s Real Sports with Bryant Gumbel interviewed Mackinday in 2015, as part of an examination into the heightened rates of domestic violence perpetrated by MMA fighters. By HBO’s accounting, it’s double the national average and significantly higher than that of pro football players. (The interview occurred following a year in which NFL players committed multiple high-profile cases of domestic violence, including Ray Rice, Adrian Peterson, and Greg Hardy.)

If he is found guilty of the most serious charges, War Machine could face a lifetime sentence in prison. The trial continues today.