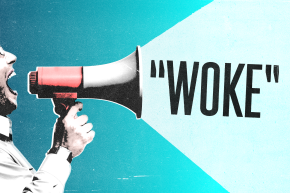 Liberalism In Sportswriting Is For White Men
By Bradford William Davis

Liberalism In Sportswriting Is For White Men

A conversation took bloom when the Ringer’s Bryan Curtis published an article titled “Sportswriting Has Become a Liberal Profession—Here’s How It Happened.” Befitting a writer of Curtis’s well-earned stature, the article is lengthy, assured in its thesis, and, depending on the corner of the internet you live in, ground zero for discourse on what it means to be a sportswriter in 2017.

Curtis’s trendspotting begins with an anecdote about Depression-era communism in the press box before walking us through the forced secrecy of liberal sportswriters through most of the 20th century. He culminates by identifying a drift towards liberal assumptions in sports media over the last decade or so. Curtis declares himself comfortable with this brave new frontier of not sticking to sports. In fact, he sees himself as a part of this movement—his résumé includes stops at liberal bastions the New Republic and Slate—but he does offer sagely caution against reflexive liberal assumptions.

However, the article fails to suss out what exactly it means to be a liberal sportswriter. Liberalism, like any ideology, is constantly shifting based on how it is practiced in the political arena. Following Hillary Clinton’s primary victory over Bernie Sanders and stunning loss to Donald Trump in the presidential election, there’s a widening schism in both the Democratic party and its constituency over whether the path forward is through standard issue centrist pragmatism or outright democratic socialism.

Against this backdrop, arguing that sportswriting has become a liberal profession is too broad a diagnosis to be accurate. This issue becomes clear when Curtis brings up the supposedly liberal backlash to the release of the video showing Ray Rice assaulting his then fiancee, Janay. While a great many columns did indeed call on the NFL to punish Rice, as Curtis states, there is the question of whether or not desiring private entities to act as a shadow judiciary even qualifies as a liberal stance. Still, Curtis argues that this is an example of sloppy liberal sportswriting when it’s really just sloppy argumentation born of legitimate concern over America’s disregard for violence against women, especially women of color. This issue is one that both conservatives and liberals in positions of power have repeatedly failed to address, which again leaves open the question of what exactly Curtis chooses to identify as a liberal position in the context of sportswriting. If anything, Curtis falls victim to the same imprecision he set out to critique.

Is arguing that taxpayer money shouldn’t go to stadium financing schemes a liberal stance? Is favoring an equitable split of revenue between owners and players a liberal stance? Is identifying patterns of racism and sexism in sports a liberal stance? One could just as readily argue that the writers who take these stances are arguing for a progressive approach to issues in sports rather than an ideologically liberal one. Absent a rigorous definition of what constitutes a liberal argument on a subject, liberal sportswriting can mean whatever you want it to mean.

Further, Curtis’s reliance on conversations with other white male sportswriters make for a narrow viewpoint that leaves out the perspective of women and people of color. As a result, Curtis’s argument does not get into how race, gender, sexual identity, and other factors often play a pivotal role in what would be considered a liberal perspective.

“It’s weird to me to have a conversation about what reads as liberal to people without engaging the demographics of who they’re talking about,” said Jessica Luther, an author and independent journalist. “I guess you could be shocked there are people not sticking to sports anymore if you’re only reading a very specific subset of sportswriters.”

That “very specific subset” is what Luther identifies as the dominant demographic of sports media: white men. Regardless of political affiliation, the homogeneity of the conversation neuters its ability to be productive and leaves out voices who’ve played a vital role in the presumptive shift towards liberal attitudes in sportswriting.

“Mighty white,” is how Greg Howard, a writer for the New York Times Magazine, describes the field of sportswriting. Howard, an unabashed admirer of Curtis’s work, also identified the same flaw Luther did.

“I guess in sportswriting, and all of journalism, I don’t know if you can tell a story chronicling social change—and that’s what he’s talking about—without talking about women and people of color,” Howard said.

As recently as 2012, the Associated Press Sports Editors found that almost 91 percent of sports editors are white and around 90 percent of editors are male. The APSE tracks diversity for other sports jobs such as columnist, copy editor, and so on, with the statistics on each one roughly as dismal as the next. Based on both perception and data, the liberal viewpoint in sportswriting that Curtis identifies is actually a preponderance of white male liberal voices who by default will appeal most to fellow white male liberals.

Writer Jay Caspian Kang sees even more fatal flaws in the intramural discussions about liberal sportswriting. Kang, who has shared his concerns about the job prospects available to non-white male journalists, thinks that regardless of emerging voices, the actual movers and shakers in the industry are far too white and male for any real change to take hold.

“I don’t even know if it’s a new guard. Because a lot of these people don’t even have jobs [in media].” Kang said. “The industry, financially, is dominated by people who don’t wanna talk about politics.

There is a certain unreality to the conversation since it does exist in sports media’s personal echo chamber and is being driven almost exclusively  white male voices. Something is lost in a discourse that exists primarily among white people— usually male and usually straight—with an occasional interruption from a person of color that may have a byline and a tweetstorm, but rarely a salary. That “something” is validity.

Sportswriting may be more liberal in the same way a retired male conservative enjoying social security benefits might be more liberal than his granddad. And that’s if we limit “liberal” to good social graces and not, say, stadium financing reform. But that’s neither a significant point of pride, nor is it something developed with enough rigor to really be worth the ink spilled.

If sportswriting is anything, it’s approximately as insular and self-aggrandizing as ever, with appeals to diversity that are better than previous generations, but in no way deserving of sustained praise. If you want to call that liberal, who cares?