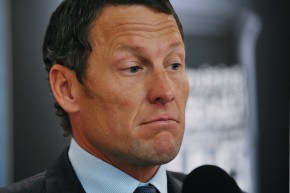 Lance Armstrong’s Fraud Trial Will Go Before A Jury

Should Armstrong lose, he could be forced to pay as much as $100 million dollars to the federal government

Lance Armstrong was dealt a significant loss in federal court on Tuesday when a judge denied his request for a summary judgment in the U.S. federal government’s $100 million fraud case.

According to the lawsuit, Armstrong, who spent years denying he had taken performance-enhancing drugs while winning seven consecutive Tour de France titles from 1999 to 2005, violated the anti-doping provisions in his sponsorship agreement with the U.S. Postal Service. Armstrong’s titles were voided in 2012 after the U.S. Anti-Doping Agency banned him for life. Three months later, Armstrong confessed to using performance-enhancing drugs during a highly-publicized interview with Oprah Winfrey.

“Because the government has offered evidence that Armstrong withheld information about the team’s doping and use of PEDs and that the anti-doping provisions of the sponsorship agreements were material to USPS’s decision to continue the sponsorship and make payments under the agreements, the Court must deny Armstrong’s motion for summary judgment on this issue,” U.S. District Judge Christopher Cooper wrote in a 37- page ruling, a copy of which was obtained by Law Newz. The case will now be heard by a full jury, “because a reasonable juror could conclude that USPS might have declined to sign the 2000 Sponsorship Agreement had Armstrong not made the statements he did.”

The lawsuit was originally filed in 2010 by Floyd Landis, a former member of Armstrong’s U.S. Postal Service cycling team, under the False Claims Act, a federal law which grants whistleblowers the right to seek damages for fraudulent claims on behalf of the government. Landis too spent years defending against charges he had used PEDs, saw his Tour de France title voided, and, like Armstrong, eventually recanted. The government joined Landis’ suit in 2013 following Armstrong’s public confession in an attempt to reclaim the money spent sponsoring Armstrong’s company, Tailwind Sports.

By the government’s accounting, $32,267,279 in taxpayer dollars went to Tailwind Sports from 2000 through 2004, though the jury could award treble damages, or nearly 100 million dollars. Should Armstrong lose, Landis would receive 25 percent of the total amount awarded.

As to how Armstrong might mount a credible defense, his legal team has previously argued that regardless of whether Armstrong committed “fraudulent inducement,” his popularity and successes resulted in a net benefit for taxpayers, even as the negative press surrounding Armstrong mounted. “As the Court’s opinion reveals, there is no actual evidence of any quantifiable financial harm to the USPS. So the government may now proceed to a trial that, as a practical matter, it cannot win,” Landis’ lead attorney, Elliot R. Peters, said according to the Washington Post.

Further, as Velo News noted, Armstrong has argued he was hardly the only cyclist to break the rules.

Previously, Armstrong’s legal team has sought to paint the entire era as dirty and dope-fueled, the implication being that any sponsor in that era must have been clued in to the methods required for victory. The argument thus calls into question the government’s contention that it was defrauded by Armstrong and his team’s cheating.

Making this argument is likely to require Armstrong to bring to court individuals involved in doping both on his team and other teams. Publicly available emails between the government and Armstrong’s attorneys indicate that the discovery phase included testimony from over thirty witnesses.

Judge Cooper did call Armstrong’s case “credible” in his ruling, even if he did profit from PED use. He also added that neither the federal government nor Armstrong and Landis came across  as noble actors worthy of financial compensation.

“Disregarding the benefits USPS received from the sponsorship could bestow the government with an undeserved windfall. The same could be said of Landis, whose role in this entire affair some would view as less than pure,” he wrote.