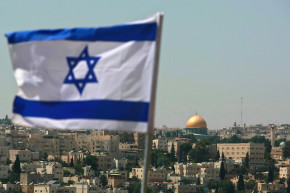 NFL Players Back Out Of Israeli Propaganda Trip
By Robert Silverman

NFL Players Back Out Of Israeli Propaganda Trip

Four NFL players have backed out of a scheduled week-long trip to Israel sponsored by the Israeli government. Michael Bennett, the Seattle Seahawks defensive end, was the first to issue a public statement on Friday.

“I was excited to see this remarkable and historic part of the world with my own eyes,” Bennett wrote. “I was not aware until reading this article about the trip in The Times of Israel that my itinerary was being constructed by the Israeli government for the purposes of making me, in the words of a government official, an ‘influencer and opinion-former’ who would then be ‘an ambassador of good will.’”

Bennett did not link to the specific article he read, but he did mention quotes which were published by the Times of Israel on February 5, in which multiple Israeli government officials made it clear that the goal was to enlist NFL players as propagandists, even if their unwitting participation was limited to cheery social media images and accompanying hashtags. As Strategic Affairs and Public Diplomacy Minister Gilad Erdan told the Times of Israel, they were imported to combat what he described as negative and false characterizations of Israel, specifically pointing to the Boycott, Divestment, and Sanction movement.

“The ministry which I lead is spearheading an intensive fight against the delegitimization and BDS [Boycott, Divestment, and Sanction] campaigns against Israel,” Erdan said.

On Thursday, the Nation published an open letter signed by a slew of prominent civil rights activists urging NFL players to reconsider, connecting the human rights abuses in Palestine—a crisis that will only worsen if Israel goes ahead with its plan to seize privately-owned land in the West Bank—to the efforts of the Black Lives Matter movement.

These trips bringing celebrities to Israel are part of a larger “Brand Israel” campaign to help the Israeli government normalize and whitewash its ongoing denial of Palestinian rights.

Your visit also comes at a time of growing public outcry against all oppressive policies. Palestinians are struggling today for their rights just like those who struggled in the U.S. Civil Rights and South African anti-Apartheid Movements, and just like brown and black communities are doing so across the United States now.

Shortly after Bennett’s tweet, Miami Dolphins wide receiver Kenny Stills declared that he too would not be participating.

Couldn't have said it any better. I'm in! https://t.co/F1vFBVJlmR

Justin Forsett, a free agent running back who spent parts of last season with the Baltimore Ravens, Detroit Lions, and Denver Broncos, retweeted Bennett’s statement on Saturday, then clarified that the decision was made “weeks ago” as a result of his wife’s pregnancy. But in a follow up question from a CNN reporter, he indicated that he didn’t possess enough information to make a decision regardless of any familial conflict.

The Times of Israel also reported that Bennett’s brother Martellus, the first of many NFL players to announce he would not be visiting Trump’s White House, will also be skipping the Israel trip. Whether that’s true is unclear at best. Aside from retweeting his brother’s statement, Martellus has not commented one way or another and according to the Nation, Martellus was never part of the announced 11-man delegation to begin with.

In an attempt to push back against the exodus, the president of the American Football League in Israel, Steve Leibowitz, seemed to suggest that a mistake in the original press release stating that the 11 players would suit up for a game somehow factored in to Bennett’s or anyone else’s decision. (To be clear, it did not. Bennett specifically mentioned the absence of any scheduled visits to Palestine and cited Muhammad Ali and Dr. John Carlos as inspiration. There is no mention of being asked to play football.)

“They’re not allowed to play a game here,” Leibowitz said. “Nobody asked them to. I’ve had enough missions of football players here to know that the most they’ll do is throw the first pass.”

The trip will kick off tomorrow, assuming the remaining players still choose to board the plane, that is.