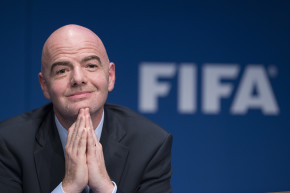 FIFA Killed Its Match-Fixing Division, Which Is Actually A Smart Idea
By Joe Lemire

FIFA Killed Its Match-Fixing Division, Which Is Actually A Smart Idea

When FIFA closed up shop on its anti-racism task force, soccer’s governing body did so by declaring that the group had “completely fulfilled its temporary mission.” Racism, it was implied, had been eradicated. Now, FIFA is terminating its Early Warning System, a match-fixing detection division, but this one is—and this next statement will strain one’s world view—actually a good decision by FIFA.

Yes, FIFA, that bastion of corruption and scandal deemed “a criminal enterprise” by the U.S. attorney general, is being wise by purging its match-fixing division because, unlike with the racism task force, it realizes the job is not complete. FIFA has hired Sportradar Integrity Services, the Swiss company that also has been contracted by the NBA and NHL in just the last six months.

As the Associated Press noted, FIFA previously crowed that its Early Warning System was a “key pillar of FIFA’s ethics work,” but, as we all know, “FIFA’s ethics work” has largely been an oxymoron. Employing a third-party is only sensible, to minimize even the appearance of conflicts of interest.

The international trend toward more live-betting has created increasingly complex challenges for betting-market monitors, so hiring a specialist rather than maintaining one’s own redundant and parallel operation makes perfect sense.

So remember this date, everyone—February 3, 2017—as the day FIFA made a prudent ethical decision. It may not happen again. After all, FIFA still plans to ruin—er, expand—the World Cup.