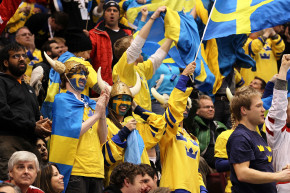 Meanwhile, several of Rio's venues have been looted or are vacant

The wreckage wrought by the Olympics was on display Thursday in Brazil, where the electric company literally shut off the lights at Rio de Janeiro’s famed Maracanã stadium—site of the 2014 World Cup final and the 2016 Summer Games’ opening and closing ceremonies.

The utility company, which is creatively called Light, released a statement that it is owed 3 million reals ($940,000) with more than half that outstanding amount owed by the Olympic organizers. The state of Rio has declared a “financial calamity,” and the Summer Games reportedly cost about $1.6 billion more than was budgeted, a 51 percent overrun.

The Associated Press reports that the Maracanã has been looted, with television sets, bronze busts, and stadium seats all said to be missing; the grass field has turned brown, and paint is peeling. The $20 million golf course and four other venues either do not have post-Olympic operators or are seeing insufficient activity for basic maintenance.

Despite all this, just 24 hours later, Sweden’s Olympic Committee said that bidding to host the 2026 Winter Games is “possible and desirable.” Spot the lie.

Sweden, it should be noted, had begun a bid for the 2022 Winter Games but withdrew after politicians opted not to fund the boondoggle over cost, environment, and post-Olympics use concerns, reported the AP. In fact, Swedish Olympic president Stefan Lindeberg told the wire service in 2014, “All the politicians saw was risk, risk and risk.” Smart, smart, smart.

Sweden actually came to regret its halted bid, citing a change in the International Olympic Committee expectations of host cities as part of the Olympic Agenda 2020 vision statement that includes “a new philosophy to invite potential candidate cities to present a project that fits their sporting, economic, social and environmental long-term planning needs.” There’s even more leeway for sprawling Games with less demand for events to be centralized, which bodes well for Stockholm to host the majority of the Games with many of the alpine and nordic events a few hundred miles away. As others have noted, transportation times between cities may well be lessened in the next nine years before these Olympics actually happen.

A hefty dose of skepticism is appropriate, but a few disclaimers are warranted. Rio submitted its original Olympic bid back in September 2007 and won the competition—well, maybe “won” isn’t the best verb choice—in 2009. A few months prior to the submission, The Economist crowed that Brazil’s economy was “bigger than thought” as the BRIC countries were all booming, until the intervening financial crisis changed all that.

Sweden appears to be showing some degree of financial prudence with its reconsidered bid. A spokesman told the AP in 2015, “We have it all: infrastructure, the facilities, transportation, everything. Little needs to be added.” And, on Friday, committee member Anette Norberg said “we have great respect for the economic, social, and environmental issues which must involve sustainable solutions.” That’s the right attitude, even if the execution of such plans is a whole other situation.

The feasibility study apparently conceived of a budget of 13.6 billion kronor ($1.5 billion); the professors at Oxford’s Said Business school have found a typical budgetary excess of 56 percent, which would translate to a more accurate projection of $2.34 billion cost.

That’s still a lot of kronor to proffer for the Olympics, understanding full well that a fate like Rio’s is not an impossible scenario.