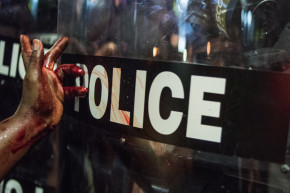 Of all the fact-free arguments as to why taxpayers should fork over millions in order to pay for a privately-owned stadium, this one might take the cake. This Thursday, Mecklenberg County commissioners will vote on a proposed $175-million-dollar package to help build a stadium necessary to bring expansion Major League Soccer team to Charlotte. In the current version of proposal, both the city and the county would fork over $43.75 million, the county would give away land valued at $12.9 million, and the county would loan the still unnamed team an additional $75 million to cover its “costs.”

That’s a lot! Proponents claim it would create $500 to $700 million  worth of “new nearby development,” but as the Charlotte Observer noted, the areas surrounding the proposed stadium are pretty well developed already. What’s more, team-sponsored studies touting potential economic growth and job creation are always built on the backs of some shoddy economic thinking.

Oh, and if it is built, the stadium will heal any lingering racial strife. Take it away, Michael Smith, CEO of Charlotte Center City Partners and a backer of the proposed stadium.

Via the Charlotte Observer:

“This is a $175 million public project,” said Smith. “We as a city were changed last September … This is an opportunity for us to have a really large investment and think through how do we do it differently?” The project could offer chances for worker apprenticeships or greater minority-owned business participation, Smith said.

“We think landing an MLS franchise is nothing short of the the defining accomplishment of our generation,” he said.

In September, citizens took to the streets for over a week to protest the shooting by a police officer of a black man, Keith Lamont Scott. No charges were filed against the officer who shot Scott, nor will a taxpayer-funded stadium have any impact on police violence, reduce unemployment, or accomplish much of anything aside from enriching a billionaire sports owner.

Luckily, they’re rushing through the entire process, lest any county commissioner have time to consider whether or not paying for more than half of the proposed stadium is a good idea.

“We really wish we had more time to do this,” Smith said, pointing to the January 31 deadline to have an expansion plan in place that can be presented to MLS. “To have this kind of a conversation and consider this kind of investment for the community, we would never do it this quickly. However, this is a competitive situation.”

If you’re a Mecklenberg County resident and would like to voice your opinion, there is a public forum scheduled for Tuesday at 3pm.