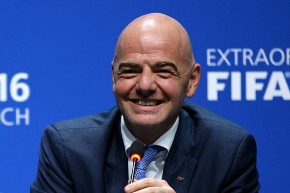 One path to addressing the ongoing human rights violations in Qatar was shut down on Friday, when the Commercial Court of Zurich rejected a lawsuit brought against FIFA by a Bangladeshi migrant laborer, Nadim Shariful Alam, who was hired to help construct facilities for the 2022 World Cup from 2014 to 2016. The plaintiff was joined by a trio of labor unions from Bangladesh and the Netherlands and alleged that FIFA had failed to ensure “minimum labor standards.” Alam also sought $11,500 dollars in compensation for unpaid work.

FIFA did not provide further information as to why the court chose to reject the plaintiffs’ case, but in a statement, FIFA said it “welcomes the decision” and “takes the issue of working conditions and human rights in connection with the 2022 FIFA World Cup in Qatar very seriously.

“FIFA monitors the situation very closely and, as recently stated by President Infantino, will continue to urge the Qatari authorities to ensure safe and decent working conditions for construction workers.”

As Reuters reported in December, Alam’s claims of mistreatment are remarkably similar to the nightmarish conditions faced by many of the estimated 1.4 million migrant workers currently in Qatar.

On arrival in Qatar, his passport was taken away and he was forced to work for 18 months under harsh conditions, according to a draft letter to be filed with Zurich’s Trade Court.

He unloaded ships carrying construction materials, and paid for meals at the large workers’ camp where he was confined.

He says he was then fired and deported, having earned too little to even repay the original recruitment fee.

An Amnesty International investigative report in March outlined the systematic abuse made possible by Qatar’s kafala system: the deplorable living quarters, threats of violence in response to complaints, the confiscation of passports and denial of visas, brutal hours and a hazardous workplace, and refusals of promised payment, all of which combined to create what the United Nations calls “modern-day slavery.”

In December, Qatar announced a set of reforms to the kafala system, including five-year limits on employment, the ability to bring issues before an independent committee, and fines for passport confiscation. But according to James Lynch, Amnesty’s deputy director for global issues, Qatar’s admission that human right abuses are taking place is all well and good, but the basic, corrupt system remains intact.

“These inadequate changes will continue to leave workers at the mercy of exploitative bosses,” he told The Guardian. “The tragedy is that many workers think that this new law will be the end of their ordeal.

“For a migrant worker, the prospect of being tied to one employer for up to five years, unable to change employer to secure better conditions or escape poor treatment or abuse, is not greatly different from their current position and will not significantly reduce the risk of coercion of workers by their employers.”