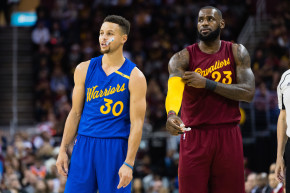 Despite broad disapproval, the issue is that no one seems to get their purpose

In 2015, the NBA began publishing the “Last Two Minute Report,” an analysis of what calls were and were not botched by the referees during the final two-minute stretch of each game. For the most part, the information that’s put out isn’t newsworthy and for all the harrumphing by fans, the reality is the refs do a pretty damn good job.

But in a high-profile Christmas Day tilt between the Golden State Warriors and the Cleveland Cavaliers, the refs did duff two important calls: LeBron James should have been whistled for a tech for hanging on the rim and, with the Warriors down by one, Richard Jefferson sent Kevin Durant tumbling to the floor without a foul call.

Like Durant, who previously said, “I think it’s bullshit that the NBA throws the refs under the bus,” LeBron thinks the NBA needs to reconsider making public the refs’ flubs.

“I’m not a fan of the two-minute report,” James told ESPN’s Dave McMenamin on Wednesday. “I think it discredits what the referees are doing for 48 minutes. If that’s the case, you might as well do a 48-minute report.

“It’s not fair to the referees that you only talk about the final two minutes of the game and not the first 46. There’s plays that’s missed, there’s plays that called throughout 48 minutes that don’t get talked about.”

They’re not alone. Dwyane Wade hates the Last Two Minute reports because they’re “bad for the game,” and head coaches Mike Malone and Stan Van Gundy expressed similar, if less vehement sentiments while noting that there are merits to the NBA’s attempt at transparency.

As you’d expect, the referees’ union isn’t a fan.

Asking for “reform” is a step down from calling on the league to ditch the Last Two Minute reports altogether, but the solution – to release a longer autopsy covering the entire game – would only feed into the problem.

Yes, if Durant had rightly gone to the free throw line, odds are we’d have seen a different outcome, but there were hundreds if not thousands of interconnected plays and moments that led to that particular point in time, any one of which had as much or greater importance than a blown call or two, and relitigating an entire game would only add to the misperception.

The point being, the refs didn’t ‘steal’ the game from the Warriors, a fact that James and Durant made clear, even if it was somewhat overshadowed by their righteous griping. If the Last Two Minute reports result in greater animus towards the refs, as Kelly Dwyer wrote at Yahoo, then the onus in on the press and everyone employed by the NBA to make sure that the reports are placed in the proper context: it’s an educational tool for the fans, and an attempt to show how the NBA is working to get things right and not a cheap way to gin up controversy or pin blame.

And if you want to get cynical, spitting fire about the Last Two Minute reports doesn’t cost James et al. much in the way of officiating capital, and definitely could nudge a ref into seeing things his way at some point in the future.