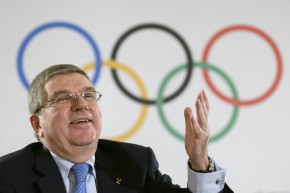 Russian Doping Is An ‘Institutional Conspiracy’
By Joe Lemire

Russian Doping Is An ‘Institutional Conspiracy’

The second bombshell McLaren Report on drug use in Russian sport alleges an “institutional conspiracy” of state-sponsored cheating “on an unprecedented scale” by the country’s sport ministry, the nation’s anti-doping agency, some coaches, and the internal intelligence agency, to protect more than 1,000 athletes in at least 30 sports.

Among the revelations from the World Anti-Doping Agency-commissioned investigation were a clean urine bank for swapping out dirty specimens, Coke- and baby-bottle storage, samples whose drug traces were masked with “physiologically impossible” salt readings, brazen fabrication of test results, the occasional use of Nescafe granules and other substances to bring dirty samples to a state of equilibrium, identification of detection-risk athletes such as the eight weightlifters listed on an Excel spreadsheet for “critical” sample scheduling because they were “testosterone lovers,” and even female hockey players whose samples contained male DNA. Further, of the 100 Russian athletes whose Sochi urine samples were examined by McLaren, the report said all 100 had signs of tampering.

“It is impossible to know just how deep and how far back this conspiracy goes,” Richard McLaren, a Canadian lawyer specializing in international sport who is the report’s namesake and chief investigator, said at a press conference in London. “For years, international sports competitions have unknowingly been hijacked by the Russians.

“Coaches and athletes have been playing on an uneven field. Sports fans and spectators have been deceived. It’s time that this stops.”

This report built upon the allegations of the first installment, which pointed to state-sponsored doping. McLaren even provided remarkable transparency this time: His team launched a searchable website with 1,166 pieces of documentary evidence supporting their extraordinary claims of Russian doping. (In all, the investigation reviewed 4,317 Excel spreadsheets and unspecified numbers of witness testimonies, databases, and emails.) Names were not disclosed publicly, although they were provided to each sport’s international federation.

It is said that 15 Russian medal winners at the 2012 London Summer Games have been implicated—10 have already been stripped of their titles—and 12 medalists at the 2014 Sochi Winter Games had sample bottles with evidence of tampering.

Despite that treasure trove of evidentiary documents, Russian parliamentary member Igor Lebedev said, according to InsidetheGames, “All this only shows that they have no facts and no evidence. Believe me, if they had been, the fight would be on a completely different level and more serious.

“All this is certainly a strong political background, and we hope that all Russians favorite Mr. Trump will put an end to this.”

The 150-page report narrates five years of doping, from 2011 through 2015, with the Russian scheme evolving to new regulations, one that sounds straight out of Newton’s third law that every action as an equal and opposite reaction. “Every regulatory change or other action by WADA precipitated a reaction in response from the sports infrastructure in Russia to ameliorate its impact on the doping evasion system in use at that time,” said the report.

“It was a cover-up that evolved from uncontrolled chaos to an institutionalized and disciplined medal-winning conspiracy,” McLaren said Friday.

In a statement, Russia’s sports ministry insisted “with all responsibility that there is no state-run program promoting doping in sport” but did call for an investigation into the findings, as translated by InsideTheGames.

The details from the 2014 Sochi Olympics—with intelligence agents nicknamed the “magicians” tampering with lab samples in the dead off night—remains the most dramatic example of cheating. The report notes that 96 B sample bottles from those Games and another 21 from that year’s Paralympics have been re-examined: “All exhibit evidence of scratches and marks indicative of tampering.”

At times, the lab in Moscow “simply reported false values into ADAMS,” referring to WADA’s test result management system, said the report, with examples of suspiciously high testosterone levels recorded as values indicating only one-fifth the amount. Sometimes extreme efforts were taken to conceal consumption of the cocktail of steroids dubbed the “Duchess.” In order the reproduce certain specifications to meet each athlete’s biological passport—each individuals’ standard biochemistry profile—samples from two different athletes apparently would be mixed together. This was uncovered through forensic testing, which, WADA noted, “is based on immutable facts” and “is conclusive.”

McLaren charged that there was interference at the highest levels: decisions of which athletes were to be saved were made to sports ministry and government officials reportedly tipped off the Moscow laboratory director, Dr. Grigory Rodchenkov, to an unannounced visit from WADA. The sports ministry allegedly called six days in advance of the inspectors’ arrival because it had received the appropriate request for travel visas. (Rodchenkov later became a cooperating—and essential—witness who helped expose the fraud in interviews with the New York Times.)

Former two-time Olympic pole vault gold medalist Yelena Isinbayeva, the controversial new chair of the Russian Anti-Doping Agency (RUSADA), told InsideTheGames, “I know we have a very big job to restore confidence in Russia but I’m optimistic we can do it. All the previous people working for RUSADA have now left and we will work hard to prove to the world that Russia can be trusted. I want to rebuild RUSADA in my own clean image.”

The International Olympic Committee’s initial statement noted that McLaren was charged with fact-finding, citing its own two commissions charged “to prepare the appropriate sanctions and measures.” The IOC said it will be conducting re-analysis of all 254 urine samples from Russian athletes at the 2014 Winter Games; 63 blood samples have already been re-tested, and each was negative. It noted that 11 Russians have already received bans as a result of the ongoing re-testing.

The International Paralympic Committee said in its own statement, “The full findings of the report are unprecedented and astonishing. They strike right at the heart of the integrity and ethics of sport. We wholeheartedly agree with Professor McLaren that the best course of action is to work together to fix the broken and compromised anti-doping system in Russia.”

McLaren’s report found no evidence of direct involvement from the Russian Olympic Committee.

“Today’s Report represents the conclusion of the McLaren Investigation; and, yet again, more deeply troubling facts have emerged,” WADA’s director general, Olivier Niggli, said in a statement.  “While some progress has been made with RUSADA’s efforts to regain compliance with the Code, there remain a number of challenges that must be addressed before that can happen. RUSADA must demonstrate that its processes are truly autonomous, independent from outside interference and properly resourced for the task of protecting clean athletes both in Russia and abroad.

“Only once RUSADA, and its governing structures, has successfully demonstrated that it can achieve such independence, will athletes and the broader public regain faith in Russian sport.  To this end, WADA is resolutely focused on continuing to support their efforts.”