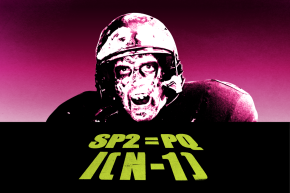 Andrew Murray speaks Arabic, has trained Olympic medalists, and holds a Master of Science degree in physiology and sports science. His research on athlete recovery will net him a Ph.D. from the University of Edinburgh, which counts Sir Arthur Conan Doyle and Charles Darwin among its alumni. Murray is basically the smartest guy in most any room.

Now, with more than a dozen years of applied sports science experience spread across three continents and countless sports, the native Scotsman is the director of performance and sports science at the University of Oregon. Murray’s job is to implement a data-driven decision making structure for every sports program in Oregon’s Division I department. It’s a job that no one has ever done before.

Faced with the task of creating and implementing new processes for 18 programs—where the clear breadwinner is American football, a sport analyzed altogether foreign for him—Murray said: “I had to learn the X’s and O’s. It may all be in English, but it’s still a different language.”

Which one was harder, Arabic or football? “Both probably similarly,” he said with a laugh.

As ubiquitous as sports science and data analytics have become in major professional sports, college athletics programs have been much slower to adopt them. Murray and the few like him are pioneers, again placing Oregon at the end of the frontier trail.

As for what took so long, Steve Waterfield, who created the nation’s first sports analytics and data analysis department at the University of Nebraska in July 2015 and is a self-avowed Moneyball devotee, believes it boils down to budget priorities and an undefined hiring pool—if no one has done the job before, who is qualified to do it?

Further, Murray believes the U.S. is different in how it approaches sports science; in Europe, the field’s emphasis is more on a multi-disciplinary approach encompassing efforts beyond the weight room and/or field of play: “Traditionally it’s been driven by people with a strength-and-conditioning background and probably not had the same meaning that it might outside of the U.S.”

Waterfield helped accelerate that process when he recognized the potential of Tucker Zeleny, then a Ph.D statistics student who’d been helping the Nebraska football team analyze their weightlifting programs and wearable tracking data. Zeleny now assists all 24 varsity Huskers teams and this year added an assistant director to help with the workload. While Notre Dame and Penn State, among others, have recently established sport science programs that are comparable to Murray’s at Oregon, Zeleny approaches it from the perspective of statistical modeling and data interpretation.

“To my knowledge,” Waterfield said, “Tucker runs the only broad-based analytics department in a college athletics program.”

Perhaps the oldest ongoing attempt at harnessing data began in the early 1980s with numbers scribbled daily on a bulletin board in Chapel Hill. UNC women’s soccer coach Anson Dorrance had team managers track basically every quantifiable action in every practice. Daily and season rankings are computed to motivate players in what Dorrance calls the Competitive Cauldron.

“We’ve taken the game itself, broken it down into all these practice elements, and then everyone’s competing in all these practice elements to live on what we call ‘a never-ending ascension,’” he said. “We use competition as the prime mover for creating this cauldron, and the kids that climb to the top of the cauldron end up—and it’s just amazing, when you take the top four or five kids every year, how many of those kids end up winning world championships and Olympic gold medals.”

What began as a crude counting system has produced results that can’t be argued with. Dorrance is the first coach to win 20 NCAA national titles in the same sport and has 22 overall—21 in NCAA play and one in the precursor AIWA. He coached the 1991 Women’s World Cup champions, and 55 of his UNC players have earned caps for the U.S. national team. Legendary Carolina hoops coach Dean Smith once said, “This is a women’s soccer school.”

As time has passed, the analytics have become more sophisticated. Catapult GPS harnesses track players’ running speed, pace, and distance. This year, the entire ACC began using ProZone, which provides detailed data reviews of matches. Dorrance refers to that as “a post-performance analytic,” however, which interests him less than a process tool like the Competitive Cauldron.

UNC’s success created a demand for Dorrance’s insights and he found himself on the speaking circuit with Stephen Covey (“The 7 Habits of Highly Effective People”) and Jack Welch (retired CEO/Chairman of General Electric), who helped him codify the idea that his limited budget as the coach of a non-revenue Olympic sport could play to his favor.

His experience is not entirely unique, as a few individual programs have been tinkering with applying data for years, but having data is entirely different from being able to gain something from data.

Stephen Prather, co-founder of college football’s SportSource Analytics, argues that a surprising number of coaches know far less about their own team than you’d expect.

“A lot of people would be amazed: These programs collect—and I think have for a long time—a ton of data,” Prather said. “The problem wasn’t that they weren’t trying to capture data. The problem was, How do we analyze this stuff?”

Stephen and his brother, Scott, were both college baseball players—Vanderbilt for Stephen, Georgia Tech for Scott—who began working in real estate when their playing days were done. Fortunes shifted following the market crash of 2008 and both brothers saw their commissions bottom out. The escape plan came from a mock business model Stephen concocted for a class while pursuing his MBA at Vanderbilt: a search firm for for college football coaches using data rather than relying on the incestuous good ol’ boy network.

Scott suggested they turn Stephen’s assignment into a reality. Teaming up with mutual friend and former Vanderbilt teammate Drew Borland, who was skilled with software and database work, they began building a database of college football stats.

They soon scrapped the search firm idea and, instead, saw a much bigger void: college football teams, agents, and leagues. Working under the name SportSource Analytics, their first coaching client was Ohio State’s offensive coordinator, Tom Herman, who has subsequently become head coach at Houston and now Texas. As of this winter, 30 schools have hired SportSource Analytics—with subscribers in each of the Power Five conferences—as has the College Football Playoff Committee.

“We’re not trying to come in with the fanciest math,” Stephen said. “We’re trying to be simple but useful—provide good, deep information but also doing it in ways that you can still understand and communicate it.”

Keeping it simple is reflected by their analysis of “arguably the most important play in football,” a possession’s first play, or what he calls P-and-10.

“Whether you are efficient or inefficient on that drive has a drastic, drastic swing—it varies by team and by coach—but it is pretty amazing how important it is to get four or more yards on that play,” Stephen said. “For a lot of teams, there’s a 30-to-50 percent swing in your chance of scoring points on that possession.”

Other findings: gain two first downs and the average team will score points 70 percent of the time, and only three percent of all plays are 3rd-and-short (compared to 40 percent for 1st-and-10), meaning many coaches are squandering practice time on relatively rare events.

The simplicity underlines Stephen’s view of analyzing data, “Cool is not always useful.”

In this growing world of independent analysts and consultants, few compare to Ken Pomeroy. Back around 2001, Pomeroy was a meteorologist in Utah who enjoyed the statistics-based baseball writing that was hitting the internet and went looking for the genre’s college basketball counterpart.

“I mean, this was really, like, pre-Google and I just thought, there must be somebody out there writing about this and I just haven’t been able to figure out who’s doing it,” Pomeroy said. “After a few months of searching, I came to the conclusion that nobody was doing it, so I decided to jump into for my own amusement, mostly.”

The lack of a good data source slowed the project, but along the way he had a revelation watching an Air Force game in 2004. Air Force was allowing very few points so, naturally, everyone thought they had a great defense. Pomeroy realized their methodical style was probably was the real culprit.

“There’s a better way to analyze teams,” he said, “stripping out the pace and the way they play and talking about things in terms of points per possession.”

His site, KenPom.com, is now a mainstream resource utilized by everyone within the industry. Pomeroy, who left meteorology to focus on hoops full-time, even writes proprietary reports for VCU, Iowa State, and one NBA team he declined to name after previously consulting for Baylor and the Houston Rockets.

Per-game and total statistics have become industry relics, in favor of revolutionary metrics such as pace-based efficiency. These tools can bridge the divide in evaluating two offenses operating at different paces, such as UCLA’s free-wheeling, high-scoring barrage and Virginia’s defense-centric system that results in plodding offensive sets. Pomeroy has gone from chronicling his hoops observations to influencing the action.

Still, the life of a data genius comes with plenty of anonymity. When he took an Uber to the airport last month, his 20-something sports-loving driver mentioned an interest in basketball analytics. Upon arriving, the driver asked, “So what do you think about Ken Pomeroy?”

The analytic talent exists, and now professional tools are seeping into the college market, too. TrackMan Baseball’s radar, which powers MLB’s Statcast, is now used in a number of NCAA ballparks. The Motus elbow sleeve used to monitor pro pitchers’ workload has been adapted for college quarterbacks at schools such as Oregon. Several major basketball programs use a ball with an embedded sensor chip that tracks shooting motion. And along with the technology trickling down, so too are pro-style statistically-supported strategies.

“We’ve sort of been able to borrow from what they’re doing in the NFL, the NBA, or Major League Baseball,” Nebraska’s Zeleny said. “That’s a starting point, and then we try to mold that to fit our needs and our specific situation.”

When Murray arrived at Oregon, the volume of in-progress efforts was already notable—though not consolidated.

“A surprising amount,” Murray said. “I think what was missing was the overarching structure and philosophy to guide that. Disparate teams were doing disparate things.”

As the slow revolution moves forward, Oregon athletics stands as the prime candidate to spearhead a broader college analytics movement. Though the underdog Oakland A’s helped usher in a data-driven renaissance in baseball, Oregon is already a juggernaut in college athletics thanks in part to the virtually endless largesse of Nike and its co-founder Phil Knight. Murray’s office, after all, resides in the Marcus Mariota Performance Center, the $19.2-million support facility loaded with motion-capture cameras, biomechanical force plates, sleeping pods, pneumatic compression units, and more.

Still, Murray sees a problem waiting to be solved, even when the problem is success.

“Unexplained winning is not something we want to do here,” Murray said. “We want to know why we’re good.”