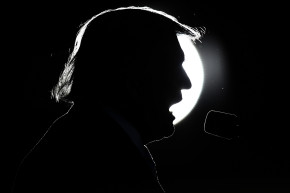 The NBA’s Stand Against Donald Trump
By Joe Lemire

The NBA’s Stand Against Donald Trump

The NBA is the only league with any understanding of activism and how to wield its power. The latest instance: the Milwaukee Bucks, Memphis Grizzlies, and Dallas Mavericks have all ceased using Donald Trump-branded hotels.

This is detailed in a report by ESPN’s Marc Stein and Zach Lowe, who noted that at least one other team has already made plans to find alternate lodging at the end of a contractual agreement—not that such pacts have stopped Trump in the past—and that “several” other teams are also not staying at Trump-branded properties even though they have in the past, although they did cite politics as the determining factor.

This follows on the heels of the league moving the 2017 All-Star Game out of Charlotte in protest of North Carolina’s discriminatory HB2 law that limits protection of LGBT people. The league and union are collaborating on taking “meaningful action” to promote civility and equality. Bucks co-owner Marc Lasry and especially Mavericks owner Mark Cuban have been outspoken against Trump, the latter tweeting that Trump’s brand was “toxic” and that “Bernie Madoff now has a better brand” (though the tweets were later deleted).

Three high-profile NBA coaches—the Pistons’ Stan Van Gundy, the Warriors’ Steve Kerr, and the Spurs’ Gregg Popovich—all blasted the election of Trump. Van Gundy called it “embarrassing” and that he was “ashamed” of the country. Kerr lamented Trump’s lack of respect toward women and minorities. Popovich said he is “sick to my stomach” and that “my big fear is, we are Rome.”

Players have made their own statements, too, wearing hooded sweatshirts and “I can’t breathe” shirts in solidarity with unarmed black men shot by police. LeBron James, for instance, has spoken in support of Colin Kaepernick’s anthem protest; stood with Carmelo Anthony, Chris Paul, and Dwyane Wade on stage at the ESPY’s to call for social change; and endorsed Hillary Clinton, first in a long letter and later in an appearance at a rally.

There you have it, from ownership and players union to team level, to coaches, and to players—every level of the league is willing to take part in social action. Oh, and don’t forget retired legends like Magic Johnson and Kareem Abdul-Jabbar, too.

Now, consider the rest of the leagues. Sure, Kaepernick and a few NFL player peers were willing to kneel during the anthem, but they all received inordinate backlash and some owners are said to have forbidden their players from joining in.

When JP Hoornstra reported that the Dodgers’ Adrian Gonzalez had opted against staying at a Trump property during the season, he made it clear that the act was personal and he declined to speak much about the silent protest. No other players are known to have done similarly, while the Twitter chatter was mixed. MLB commissioner Rob Manfred took only a “wait and see” approach to how Trump’s election might affect the sport. Owners, such as the Cubs’ Ricketts family and the Marlins’ Jeffrey Loria, gave to Trump. And don’t get us started about retired stars like Curt Schilling and his hate-mongering rhetoric.

If you’re looking for something resembling a progressive conscience in the sporting world, look to the NBA.

UPDATE: After publication, Grizzlies coach David Fizdale told the Commercial Appeal that the team’s hotel decision was made before the election and not prompted by Trump’s victory. “There’s no story here,” he said.