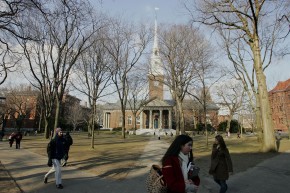 Less than a week after Harvard cancelled its men’s soccer season following the revelation of sexually explicit “scouting reports” of the counterpart women’s team, the Ivy League university’s men’s cross-country squad has come forward to confess a similar practice.

The Harvard Crimson reported this weekend that the men’s cross-country team decided to “come clean,” noting that the soccer team got in particular trouble when “they tried to hide their stuff,” according to emails sent by senior captain Brandon Price. He told the paper in an interview that they were “particularly ashamed of” comments made in annual spreadsheets about the women’s team in 2014 but that there had been no lewd comments this year.

“We have really changed the team culture since then, and now the spreadsheet is clean and we try to refrain from making comments like that,” Price told the Crimson.

Harvard’s athletic department did not immediately respond to Vocativ’s request for comment, though athletic director Robert Scales and dean of the college Rakesh Khurana sent statements to the Crimson. Scales said, “Harvard Athletics does not tolerate this sort of demeaning and derogatory behavior, and we will address any credible information we receive.”

Khurana noted that he did not yet know the details of the cross-country reports but wrote, “We must strive toward a culture and context of respect, dignity, and compassion—and all of us have a role to play in that work.”

After the men’s soccer season was terminated by administrators, the team wrote an op-ed apology in the student newspaper that read, in part, “We are deeply ashamed that it took a public revelation, a loss of trust, and damaged friendships for us to fully grasp the gravity of our conduct, for which each member of our team takes full and equal responsibility. No woman deserves to be treated in this manner; not our mothers, our sisters, nor our peers. . . . We accept responsibility for the mistakes and serious lapses in judgment that have led us here, and, in addition to accepting the sanctions from the Athletic Department, are shifting our focus toward the concrete actions we can take to address the fundamental issue of sexism in our community.”