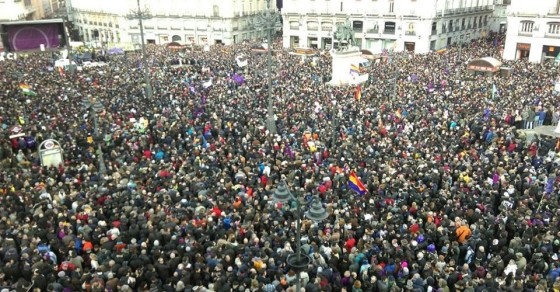 Chart: How Spain’s Anti-Austerity Podemos Party May Be In Trouble
By Sarah Kaufman

Chart: How Spain’s Anti-Austerity Podemos Party May Be In Trouble

The new “it” party of Spain is Podemos, a leftist, anti-austerity, anti-corruption movement whose name means “we can” in Spanish. International media are focusing on the global consequences of a potential Podemos win in the Spanish elections later this year. But a backlash hashtag, #NoPodeis (You Can’t), has been tweeted around six times as much as #Podemos in the past 24 hours.

The anti-Podemos movement might be even more powerful than what’s reflected in the graph above. Using Verne, our deep web software, Vocativ found that while people are tweeting #Podemos from all over the EU, the thousands of people using #NoPodeis are concentrated in Spain. That means the number of people who are passionately anti-Podemos in Spain alone is way more than the Podemos supporters from all the countries in the EU combined.

Podemos and its anti-austerity supporters—100,000 of whom rallied in Madrid on Saturday—have gained traction thanks in part to the overwhelming victory last week of the similarly focused radical-leftist coalition party Syriza in Greece’s national elections.