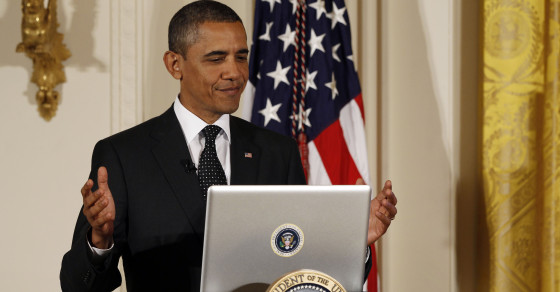 Hackers and online activists dismissed an executive order issued by President Obama Wednesday allowing the government to freeze U.S.-based assets of malicious cyber actors, or anyone who aids and abets them. Users chatting in IRC channels used by Anonymous members were immediately dismissive of the order and its potential, saying that they largely didn’t see it as having any real impact.

Cyber-crime has hit American business hard of late, from the Target credit card breach to the millions of users whose data was stolen from health insurer Anthem.  The executive order aims to stop that. Section 3 of Obama’s order says it applies to anyone involved in “any contribution or provision of funds, goods, or services by, to, or for the benefit of any person whose property and interests in property are blocked pursuant to this order” – i.e., anyone who helps cyber-villains do what they do. But with the hacking community so reliant on open-source platforms, American organizations like Pastebin or even code-sharing platform Github (recently locked in a five-day battle with Chinese hackers) could run afoul of the new law for unwittingly facilitating malicious hackers’ efforts.

Remarkable that denial-of-service attacks are on the list of actions that risk U.S. sanctions. They are trivial, cheap and ubiquitous.